Liana Ramirez and Her Boyfriend Got Engaged! More on Her Insights on How They Met and Their Proposal 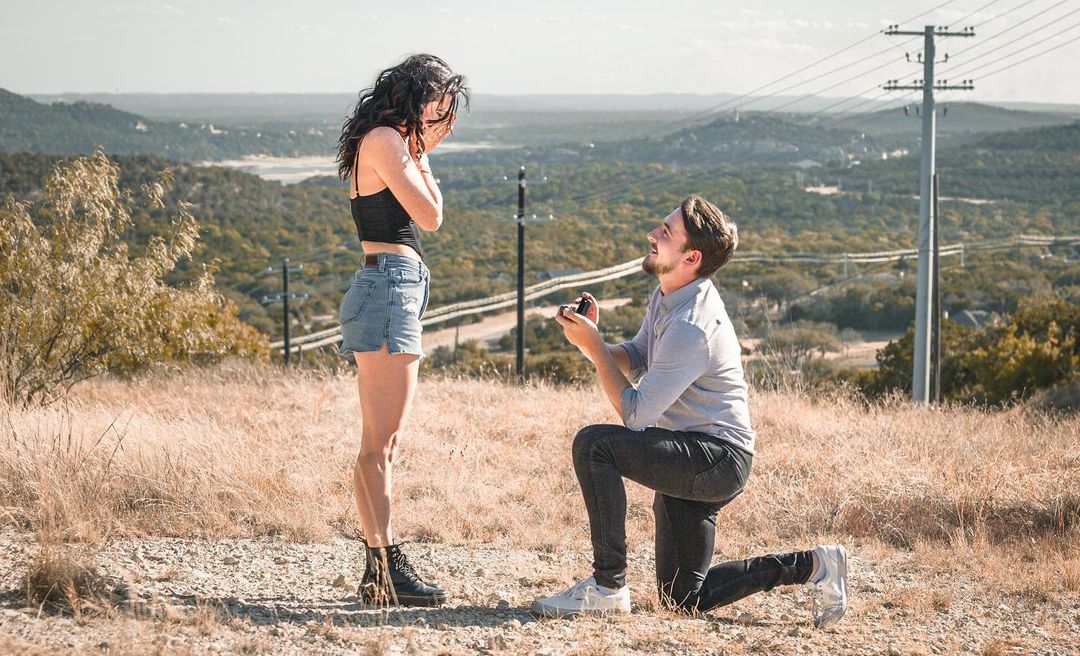 Liana Ramirez is an American actress and also a young author who seems to be very passionate about her craft and work. Ramirez is best known for her role and appearance as Roxy in the Nickelodeon show Power Rangers Beast Morphers.

Besides, acting Liana Ramirez is also a dancer and a choreographer.

She published her first adult novel named, The Secrets Within Me, in October 2019. Ramirez was also one of the top 15 contestants on Disney Channel’s Make Your Mark Dance Contest.

Born and brought up in Austin, Texas she pursued her acting career from an early age. Besides this, Liana recently got engaged to her boyfriend and her fans are going crazy over the pictures.

Continue reading to learn about their engagement and how they met.  Also read: Jilly Anais Is Currently Dating NFL Star After Her Breakup With Ex-Boyfriend! Who Is He?

Liana Ramirez Got Engaged to Her Boyfriend

Lately, Ramirez revealed their engagement via her Instagram handle and captioned the photo of Stephen Fritschle proposing to her, “The easiest yes of my life.@stephenfritschle, I love you and will always choose you”

Many of their admirers and fan followers congratulated the couple after seeing the picture. One of their fans even wrote a comment saying that they are the cutest couple and congratulated them with all their hearts.

Similarly, another fan commented, “Congratulations! I’m thrilled for you. You are incredible! I wish you two a happy married life.”

Liana Ramirez has also posted a video titled “I’m Engaged” on YouTube, where her boyfriend Stephe explains his proposal in detail to their fans.

Later, Stephen Fritschle revealed how he always wanted to propose to Liana Ramirez in Texas, as it is their place when they first met.

Similarly, Stephen had all it planned out to surprise Liana with a proposal by inviting her to Texas, where their mutual friend was also getting married.

Ramirez met her boyfriend on July 4, 2016, and she went for the summer as she usually does.

Some of her friends had invited her to a Fourth of July party. The party was held at a lake house, already making the setting very romantic.

On the same night, Ramirez recalls one of the guys approached her by asking if she is an actress as the guys were discussing the same.

He told her how he always had a passion for directing, writing, and filmmaking. Shortly, after a while, the duo began talking for hours

Soon after, Liana Ramirez found the guy to be cute and felt involved with him in conversations. The common thing about the couple is that they are both Christians.

They began dating within two weeks of their first meeting and like every other relationship they also had many problems because of their long-distance relationship as Ramirez lived in Los Angeles while Stephen lived in Austin.

After a few weeks of moving back and forth, they finally decided to live together and move in.

Well, many ask why she kept her relationship private for such a long time, and she has well explained it in the video she has uploaded on her YouTube channel.

She also concluded by saying that posting everything online puts you in people’s eyes and opinions which later creates a lot of misunderstandings and insecurities. This is why she kept it private all this while.

Just like many actors and actresses, Liana Ramirez is also a social media personality. As of 2021, she has over 291k followers on her Instagram account named @lianakramirez

She is often seen uploading pictures of her daily activities, books, and her fashion products. With that, she earns a decent amount of fortune through it. Similarly, she is pretty famous and active on TikTok where she has over 965k followers on it. There she posts herself dancing with her friends.