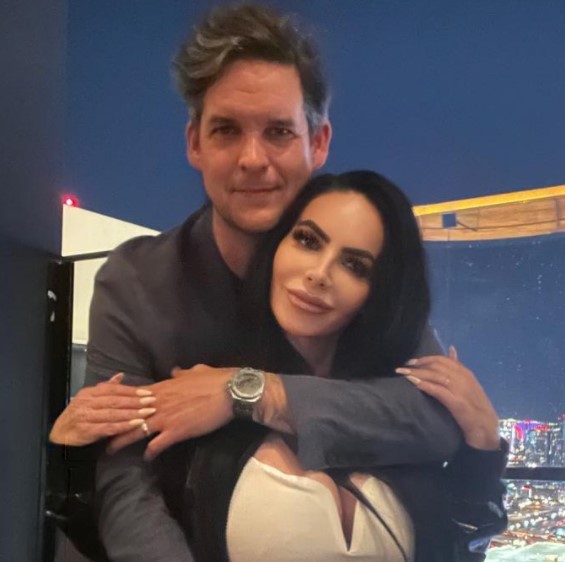 Mariah Fineman rose to fame for being the girlfriend of Tom Brooks from 90 Day Fiance. Although speculations about the couple's breakup were made recently, the rumors are false. Mariah is still together with Tom Brooks. Mariah's boyfriend Tom Brooks is recognized for his appearance on 90 Day Fiancé: B90 Strikes Back! in 2020, 90 Day Diaries in 2021, and Darcey & Stacey (2020) in 2020. Recently the duo also got engaged.

Born on March 15, 1989, in Lebanon, Mariah Fineman is 33 years old as of 2022. Her ethnicity is mixed. She is alleged to have three brothers. However, not much is known about her parents and siblings. At the age of six, Mariah moved to the USA with her family to flee the violence that was happening in her home country. Mariah also got her education from the US as well.

According to her IG bio, Mariah is currently working as a business manager at Tonia Ryan. Tonia is a cast member at wetv, a celebrity mentor, works in real estate, and is a skincare CEO. Besides, Tom Brooks's girlfriend Mariah also describes herself as a philanthropist.

Mariah's boyfriend Tom had posted a teaser for the season premiere of 90 Day Fiance where viewers can see him propose to her. At the time, Mariah had expressed she couldn't accept the ring. However, it seems like recently things have changed between the two.

On an IG post dated February 12, Tom uploaded the duo's picture with a ring revealed on Mariah's ring finger. Tom then proceeded to caption the post, "All I do is win-win, no matter what! Got Mariah on my mind I can never get enough".

However, the duo is yet to reveal their wedding date. But given their amazing chemistry and an engagement already off the list, the days for the couple to tie the knot don't seem too far off!

Is Mariah Still Together With Tom?

Yes, Mariah and Tom are still together! Moreover, she recently flaunted her engagement ring on Tom's IG post as well.

Tom Brooks got prominence after his appearance on the reality series called The 90 Day Fiancé that premiered on TLC. The American series tracks couples who have applied for or acquired K-1 visas which is available uniquely to foreign fiancés of U.S. citizens. The series then gives the pair 90 days to marry each other.

On the show, Mariah's boyfriend Tom had a turbulent relationship with Darcey Silva.

Tom Brook's fiance was previously married to the CEO named Niel Fineman for over 16 years. However, it's not disclosed whether the duo is legally divorced or just separated. Mariah mothers two sons with Neil. She also revealed she had altogether three sons. It seems her third son is from a different relationship. Details about Mariah's children aren't known as her IG is private.

Although the star fiance hasn't publicly accepted the plastic surgery rumors, fans couldn't help but notice the changes in her face compared to her old pictures. She was harassed online for her looks after Tom went public with their relationship. However, Mariah denied those allegations which made things even worse. Fans assume Mariah to have done Botox or fillers. Besides, botox or fillers don't count as plastic surgery.

Tom Brook's girlfriend turned fiance is on Instagram where she has 46K followers. However, her profile has been kept on private.