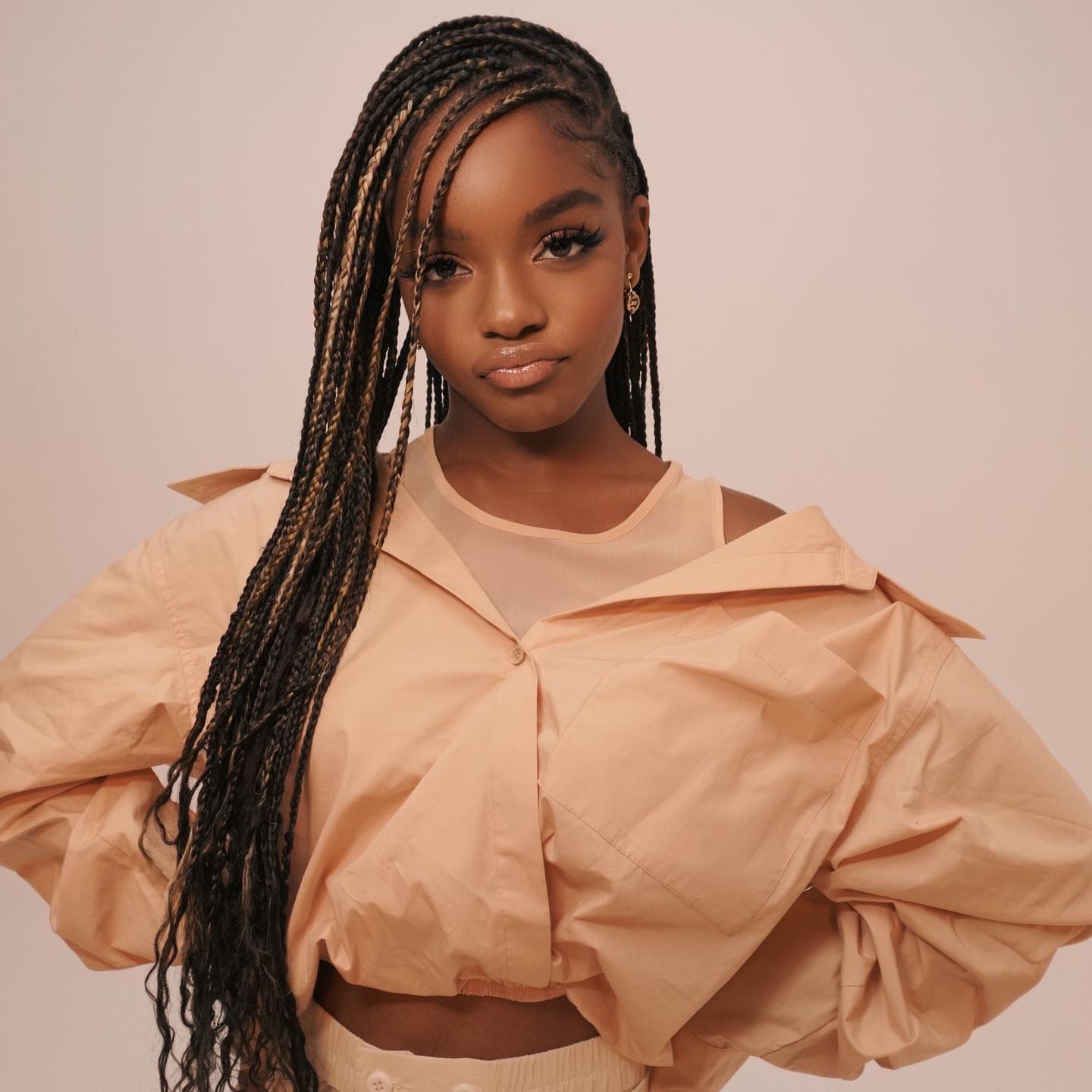 The young Philanthropist, Actress, and Producer Marsai Martin has become one of the most phenomenal celebrities of our time. Martia has won the hearts of people worldwide and taken the Hollywood industry by storm. She has won plenty of nominations and accolades. Her recent wins were four NAACP Image Awards in 2020  for her role in the film LIttle and the comedy series Black-ish.

Marsai became a sensation following her role as Diane Johnson on the ABC sitcom Black-ish. The sitcom revolves around an upper-class African-American family as they try to fit in with a predominantly white neighborhood while struggling to gain their own sense of cultural identity. The show premiered in September 2014 and is still going till the present day. It has won over 70 awards and 214 nominations in total.

Martin also starred in and produced the comedy film LIttle in the year 2019. The actress became the youngest person to ever produce a movie. In the same year, she was also named on Time Magazine's  "Time 100 Next".

The teenage celeb was born on August 14, 2004. Her real name is Caila Marsai Martin. She is 17 years and 5 months old as of January 2022. Marsai was born to African American parents, Carol and Joshua Martin in Plano, Texas, USA. Her ethnicity, therefore, is also African American.

The actress also has a younger sister named Cydni Martin. When Marsai was merely 5, she obtained her first national commercial and appeared in The Choice Hotel ad “Voice of the People.” In the year 2013, Marsai's family relocated to Los Angeles so the star could pursue her career in acting. In about 100 days of shifting to LA, Marsai got a major national commercial campaign with Meineke.

Also, read our coverage on: Know All About Youtuber Kristen Hanby's Wiki, Personal Life And Net Worth

2014 was the year Martin debuted with the situational comedy Black-ish. For her breakthrough role as Diane Johnson, Marsai was awarded as well. She was acclaimed by fans and critics alike for her amazing performance and has since been cast in various other films and series as well.

As for her relationship status, the actress seems to be single at the moment. She probably doesn't have a boyfriend as no shreds of evidence of her relations have surfaced so far. Even in Marsai's social media, there seems to be no hint of the actress's association with anyone.

The young talent has appeared in numerous TV shows and movies ever since debuting in Black-ish.

Being a successful celebrity means having a sphere of influence over people worldwide. Brands are always looking out for celebrities who have a strong and loyal fanbase so the products they endorse would sell out with ease. Marsai has overwhelming support from her admirers all over and many brands have reached out to her for endorsement deals. As of present, Marsai is endorsing Regions Bank Personal Pay, Give Me a Second, Brookshire, Minute Clinic, CVS Health, Meineke, etc among many others.

Loving the feel of Lip Power by @armanibeauty. Feels almost like a balm, but the color stays all day! Wearing shade 10 #armanipartner #armanilippower Posted by Marsai Martin on Monday, January 3, 2022

Marsai's net worth is estimated to be around $1.5 Million. The actress has earned her wealth through acting in TV shows and films, including being a part of commercials and brand sponsorships. The actress also earns through her social media pages where she has a huge following and active engagement.