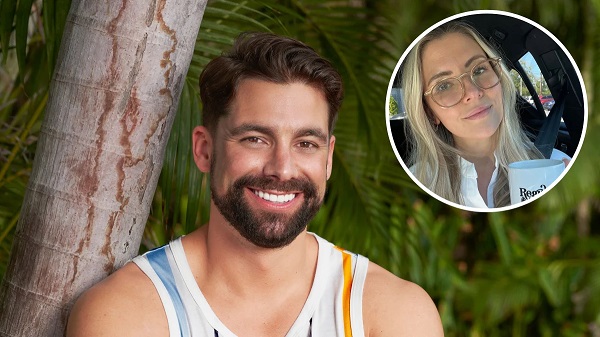 Bachelor in Paradise pair Michael Allio and Danielle Maltby are making headlines on the internet after the recent episode of BiP. BiP viewers are eager to know what happens between the two on the beach in Mexico during season 8.

Some sources have already given spoilers that have left fans more curious. But before going to the spoilers, let's learn something about the pair. Michael Allio was a contestant on the 17th season of The Bachelorette. Besides that, he is also a single dad whose world revolves around his amazing cute son, James, who was born to his late wife, Laura Ritter-Allio.

On the other side, Danielle Maltby was a contestant on the 21st season of The Bachelor who was eliminated in week 7. Just like Allio, Maltby was engaged in 2011. Sadly, her fiance passed away from an apparent drug overdose. In addition to that, Maltby was also in a relationship with fellow reality star Paul Calafiore.

As BiP viewers are frequently asking questions about the relationship between Allio and Maltby, a new topic has arisen, which is about their engagement. So, keep reading to know if they are engaged or not.

According to a report given by Reality Steve, Michael Allio and Danielle Maltby are not engaged. As per a spoiler account, Allio and Maltby leave as a solidified couple despite a record of 43 contestants appearing during season 8.

They have sparked a romantic connection on the beach. It can be said that Allio is thinking of not taking a big step with Maltby in order for her to meet his son before things get more serious. As we know, both of them have faced a tragic incidents in the past.

Due to this reason, people think that they might get together. In the same way, some of them thought that they were engaged. And now, it becomes clear that they are not engaged, but the major concern of people is to know if they are still together or not.

You May Read: Tanner Buchanan's Long-Term Relationship With His Girlfriend Lizze Broadway

Are Michael Allio and Danielle Maltby Still Together?

As said earlier, Michael Allio and Danielle Maltby are not engaged, but they leave as a solidified couple. From this, it becomes clear that they are still together and share a strong bond.

It is reported that Allio and Maltby attended Bachelor in Paradise bartender Wells Adams' marriage to Modern Family actress Sarah Hyland in August. Likewise, they stood next to each other in a group photo, and a video of them dancing together also went viral on social media.

As both of them had some affairs in the past, let's get to know something about it below.

Short Details On Their Past Relationship

Moving onwards, Michael Allio was married in the past, and his late wife was Laura Ritter-Allio. They met while they were students at Loyola University in Chicago. After some years, the Allio duo got married in 2012. On September 9, 2016, the pair became parents after welcoming a son, James Michael.

Sadly, Laura was diagnosed with breast Cancer in April 2017, and in 2019, Michael faced a tragic incident when Laura passed away. Currently, there is no news about him dating anyone.

On the other side, Danielle Maltby was engaged to her fiance, Nick Haag. But on March 28, 2011, Haag passed away due to a drug overdose. A report shows that Maltby was also in a relationship with fellow reality star Paul Calafiore.