Who Is Mike Gabler? Survivor 43 Winner’s Job and Net Worth in Depth 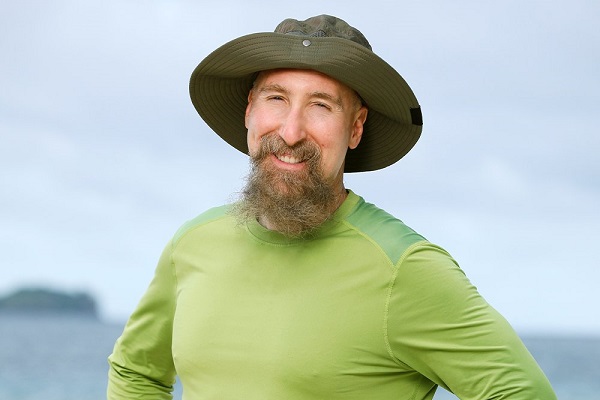 Season 43 of the CBS show "Survivor" recently ended, and the winner has already been announced. The winner of this season is none other than Mike Gabler. Mike is not only the winner of the show, but he also took a million-dollar prize. So, people think his net worth may have risen. However, Gabler has decided to donate the $1 million prize to veterans.

After annoying the great news, fans took to social media to thank the Survivor winner. Apart from that, Gabler is now in the people's eyes, and they are concerned about his personal and professional life. So, here are the details regarding the winner of Survivor season 43.

Who Is Survivor 43 Winner Mike Gabler?

Mike Gabler is a native of Houston, Texas, who was born on September 4, 1970, making his age 52 years. So, Gabler holds American nationality. The season 43 winner of Survivor was raised by his parents, Robert (father) and Joan Gabler (mother).

Gabler grew up in a military family, as his father was a Green Beret. Further, Mike played Survivor in honor of veterans suffering from PTSD and traumatic brain injuries. So, when Mike was crowned as the winner of season 43, he announced the great news that dragged him into the spotlight.

When Gabler won the prize money of $1 million, however, the oldest member of Survivor 43 decided not to take it. He has announced to donate the whole prize to veterans. While sharing the info, Gabler said he would be donating the money in the name of his father. The money will go to those who returned with trauma, psychiatric problems, and PTSD and to curb the suicide epidemic.

You May Read: Who Is Survivor Season 43 Cast Cody Assenmacher? Explore His Job, Net Worth and Girlfriend

What Is Mike Gabler's Job? Details on His Career and Net Worth

Profession-wise, Mike Gabler is a heart valve specialist. Currently, he serves at Edwards Lifesciences as a territory manager for trans-catheter heart valves. Furthermore, he has gained broad experience as he has worked in this field for two decades.

According to his Linkedin bio, Gabler was Area Sales Manager at Expeditors. For around three years, he worked at Gargoyles Performance Eyewear as Southern Territory Manager. From 2001 to 2003, he was a Key Account Executive at ADVO, Inc. Since leaving his job at ADVO, Inc; he began working at Edwards Lifesciences.

Having worked in multiple companies, Gabler has surely preserved considerable fortune. People may have thought that his net worth has risen after winning $1 million at Survivor. However, he decided to donate all those amounts. Meanwhile, Gabler is a renowned name in his field, and it can be said that his job may have helped him rack up decent cash.

Some online portals claim that Gabler enjoys a net worth of around $100K to $1 million. For your information, the average salary of a heart valve specialist is $78,805. So, it can be said that Gabler may be earning in the same range. Moreover, Gabler is also doing pretty well in his married life.

Click To See: Does The Voice 2022 Winner Bryce Leatherwood Have a Girlfriend? Everything We Know

Mike Gabler Has Two Children With His Wife

Well, Mike Gabler is a married man, and he lives a blissful life with his wife, Joanna Gabler. Joanna is said to be working as a planning specialist at Citrus Advertising. Before that, she also worked at Boise State University.

Furthermore, the Gabler couple has been sharing the relationship of a husband and a wife for a long time. However, due to the lack of information, we are unable to share details regarding their marriage.

Meanwhile, the duo has already started a family of their own. They are blessed with two children, both daughters. Also, the name of their children is not available in the public domain.