Who Is Model India Hovenden & What Is Her Age? Made in Chelsea Cast’s Big Secret Revealed! 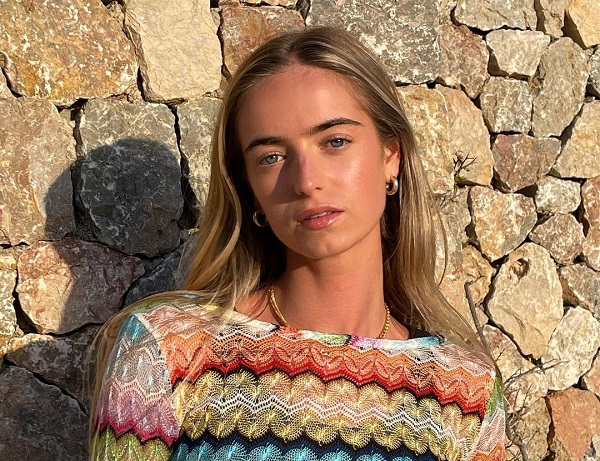 India Hovenden is a talented model who came into the spotlight after joining the cast of Made In Chelsea in 2022 during series 24. Made In Chelsea is a British structured-reality television series broadcast by E4.

Hovenden serves as a PA to the Editor in Chief at Vogue. Not only that, but she also models for London-based agency MOT models.

The beautiful model is a resident of Chelsea and has lived in the Royal Borough her whole life. Apart from that, Hovenden has worked in various companies in multiple roles that have helped her gain broad experience.

Meanwhile, Hovenden is now in the limelight after coming in Made In Chelsea. Meanwhile, the biggest secret of Hovenden has been a matter of concern to many of us.

So, keep reading the article to learn everything about her big secret, relationship, and more.

As said above, India Hovenden is a new cast of Made In Chelsea. Hovenden exclusively spoke to Grazia about her big secret. She talked about her relationship with Julius Cowdrey.

Earlier this year, Cowdrey was outed for having had a secret woman in his bed the same night he'd been on a date with Tabitha Willett. The summer trip to Mallorca will finally disclose the truth as Hovenden is Cowdrey's mystery woman.

Hovenden insists that the two did sleep together that night, but Cowdrey denied this at the time. After that, the Made In Chelsea viewers are concerned about the relationship between Hovenden and Cowdrey.

Read More: The New Cast of Made in Chelsea Is Retaining the Life of the Show! Explore Their Age and More

Well, India Hovenden and Julius Cowdrey met back in 2019. During that time, Cowdrey was working at Fulham spinning studio Ride Republic. The pair reportedly hit it off, becoming more than friends in June 2020.

However, they have had an on/off relationship for some years now. So, Hovenden describes their relationship as being boyfriend and girlfriend without the label.

In the recent episode, Hovenden was getting close to Julius, which left people to think about her relationship.

But Hovenden has already confirmed that she is single. She shared a TikTok video with the song named Ridin' Solo, which hinted at her being single. In the same way, Cowdrey is also a single guy who is busy with his career at the moment.

For your information, Cowdrey is a well-known British singer, songwriter, record producer, and reality television personality. He has released multiple songs that have done pretty well in the industry. Now, let's learn more about her personal bio and age.

Click To See: Who Is Made in Chelsea Cast Issy Francis-Baum? Does the Model Have a Boyfriend? More on Her Net Worth & Parents

Who Is India Hovenden? Her Age?

India Hovenden is a model who is associated with London-based agency MOT models. Her full name is India Grace Hovenden. The Chelsea native's age is 25 at the time of this writing.

Talking about her educational background, Hovenden trained at the Oxford Business and Media School, receiving an Executive PA Diploma there.

Before that, she also went to Gresham's School. After completing her education, Hovenden began working as a secretarial assistant at SEGRO plc in September 2016, where she served until April 2017.

After that, Hovenden worked at the WPP and Ride Republic. We can get more details regarding her career by following her Linkedin.

Moreover, the talented model has worked for various brands, and her height measurement is pretty impressive. Hovenden stands at the height of 5 feet 9 inches. She has amazing light brown hair and stunning blue eyes.

The model flaunts her lifestyle via her Instagram handle, where we can follow her under the username @indiagrace.h.