The New Cast of Made in Chelsea Is Retaining the Life of the Show! Explore Their Age and More 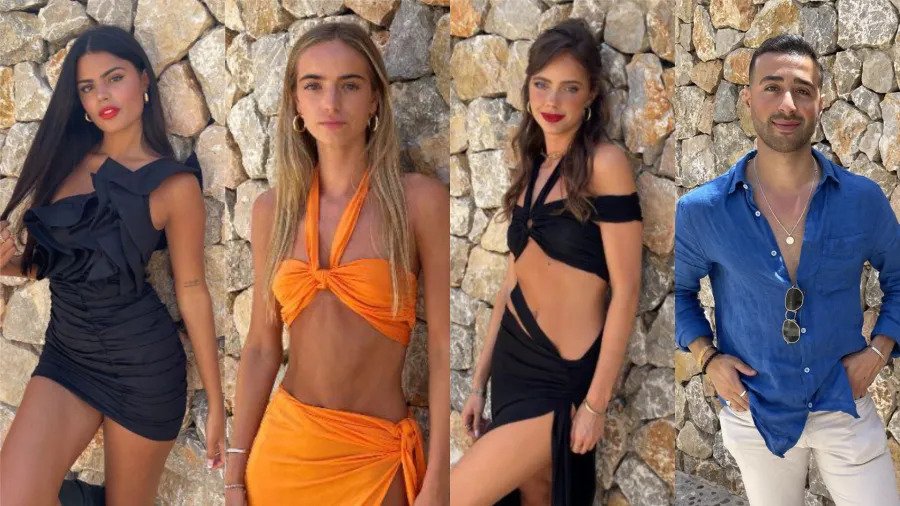 New cast of Made in Chelsea

Made in Chelsea is set to fixate all eyes on the screens as it made its comeback on August 22, 2022. The reality TV show articulates the lives of some affluent lives of young age in London.

The show is piled up with the drama, tea, and fun. Specifically, it engages the audience with the beef encircling the socially elite yet affluent personalities' love life and much more.

The cocktail of love, drama, and tension is up to grab the attention of many. So with the new season re-opened, the real question is, are the same faces retained? Will the past histories be unveiled while leading it to a different pathway?

All the questions you are quenched with will eventually be answered as we introduce you to the new cast embellishing the journey of the retained cast and more.

Our newbie, India Hoyenden whose age is twenty-five, is all set up to stir the show with her aura. She is one of the most awaited newbies of Made in Chelsea.

It is probably because of her astounding personality that has been responsible to keep all her fans awaited. Hoyenden is pretty popular on her Instagram page.

Her poses on the streets of London with all the heated outfits are what catch the eyes of many. If the words of appreciation towards her fascinate you already, go check her out on her Instagram page.

Issy Francis-Baum a young model and student of age twenty is started being cherished by the audience already since she stepped into this intriguing show, Made in Chelsea, this season as the newest cast.

Her Instagram is filled in with selfies and pictures where she is spotted spending most of her time in the streets of London. This newbie will for sure introduce new love interests, dramas, laughter, and tea.

Willow Day is one of such ladies who has achieved so much at such a young age. Her professional journey descended from an age of thirteen.

She is still setting milestones in the modeling industry. Day was born in England and raised in Mallorca.

However, it is just recently that she moved to Milan to join an internship at Versace.

As per a few sources, her hobbies are inclusive of sailing, horse riding, and more. Mostly, she is spotted enjoying the summers in Mallorca.

Her Instagram feed is filled up with hot summer pictures where she is mostly seen spending time at the beaches. Her presence at Made in Chelsea will definitely heat up the surrounding.

Also read: How Much Is Brittney Griner’s Net Worth? Take a Look at Her Career Earnings and Relationship

Malek Amro, is a thirty-one-year-old man who is seen on the island for two consecutive years. For now, his career background justifies him as a working professional for one of his friend's apps named Yacht Drop.

Well, the place he works for is a delivery service that sends variant drinks to certain wealth management agencies.

He spent most of his teenage years in UAE as his father was professionally established there.

He was raised and nurtured there, before being settled in the United Kingdom for the continuity of studies at the university.

Amro's Instagram feed portrays him as a cool dude who loves to travel, hang out with friends, and mark the reminiscences with the best possible memories.

It is pretty clear that this guy leads a pretty lavish life while being encircled by a close circle of friends. He is spotted partying and hanging out a lot in luxurious hotels and resorts.

So, his presence at Made in Chelsea is expected to be equally cool and enthralling.

Well, these are the newbie cast to join the newest season of Made in Chelsea. With a short overview of all the newbies' lives, it is pretty clear that the affluent personalities will light up a whole new spark and retain the life of the show.

The entire cast seems pretty young by their age, but the aroma they have started setting in the show already is pretty enthralling.