What Happened to Street Outlaws Star Ryan Fellows? Car Crash Becomes The Cause of Death 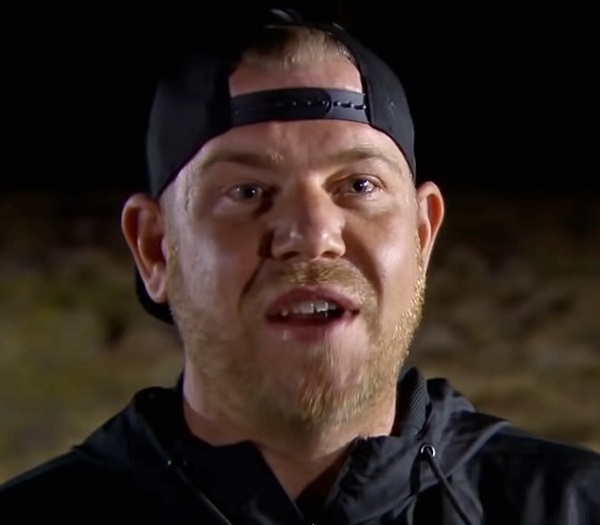 Ryan Fellows is a late reality tv personality who is famous as the cast member of Street Outlaws. Fellows was an avid car lover and was a road warrior in many ways that extended to his loves of basketball, cars, and business in sales or advertising.

Fellows was admired for tenacity and a relentless drive to overwhelm the challenges before him.

But now, fans and well-wishers are devasted by the death of Fellows. So, people are asking about his death cause. Keep reading to learn everything about what happened to him.

Ryan Fellows was born on November 20, 1980, and he was 41 years at the time of his death. He was a native of Chula Vista, California, the US. Fellows was pretty close to his family members, and now they are mourning his death.

Furthermore, Fellows had also made his appearance in Street Outlaws Memphis while racing a Lamborgini Huracan. Meanwhile, there is very little information about his early life as Fellows always maintained privacy.

Cause of Death: What Happened to Ryan Fellows?

Ryan Fellows passed away at the age of 41 while racing his Datsun 240Z for the show on Sunday morning. Reportedly, Fellows lost control of his car before the vehicle rolled over and caught fire. After that, nobody was able to pull Fellows out of the car. His cause of death is due to injuries from a car crash.

So, due to this reason, Fellow died. After that, The Street Outlaws team shared the devasting news that broke on the internet. From the official Twitter account of Street Outlaws, they said,

The Street Outlaws family is heartbroken by the accident that led to the tragic death of Ryan Fellows. We extend our deepest sympathy to Ryan's loved ones as they process this sudden and devastating loss.

5’5 MAYB ITS JUST N MY HEAD BUT ITS WORKED SO FAR. HERES THE PIC OF RYAN FELLOWS CAR AFTR IT STOPPED ROLLING. I JUST HOPE HE WAS KNOCKED OUT WHEN THE CAR WAS ROLLING. I DONT WANT2THINK HE WAS AWAKE&ALERT WHEN CAR WAS BURNING. HERES THE CAR,SO SAD KNOWING SUM1S N THERE pic.twitter.com/qdjo6U91UG — EzzeEric (@EricTheActorDad) August 9, 2022

After that, the news took over the whole internet, and people started paying tribute to him. Not only that, but many renowned celebrities also shared their deepest condolence to the devasted family.

Apart from that, there were some incidents in the past in the same show about accidents. JJ Da Boss and his wife, Tricia, got into an accident that made headlines on the internet.

Moreover, Tricia was hospitalized. And now, viewers are concerned about his family background, which we've mentioned below.

Click To See: What Is Larry Roach’s Job? Street Outlaws Cast Career Earnings and Net Worth

Ryan Fellows Was Survived by His Wife & Children

The family of Ryan Fellows is currently saddened by the death of their beloved family member. Fellows was a married man and had a wife named Liz Fellows. They were married until the death of Ryan.

Furthermore, he also raised two children, Josiah and Olivia. Josiah is the eldest one, aged 18 years, while Olivia is ten years old at the time of this writing. They were living a happy life together.

On the other hand, Fellows' family has also started raising funds on GoFundMe. At the time of this post, they have raised $20,361. Besides, their aim is to raise $50,000.

Net Worth of Ryan Fellows

Ryan Fellows had preserved a decent fortune from his profession, and Pimiso reports that his net worth was around $2 million at the time of his passing. As we know, Fellows got famous after appearing in The Street Outlaws.

For your information, a person starring in the show pays around $200,000 and $300,000 per episode. So, from this, it becomes clear that Fellows may have also received good cash from the show.

Not to mention, people compete in the show, and the winner takes home a massive cash prize of $100,000.

So, Fellows was also working pretty hard to get more success in his life, but the sad incident didn't let him do it. We, the team of Celebrity Shine, also pay our deepest condolence to the family of Ryan Fellows.