Is Ryan Haddon Married in 2022? Details About Her Ex-Husband & Children 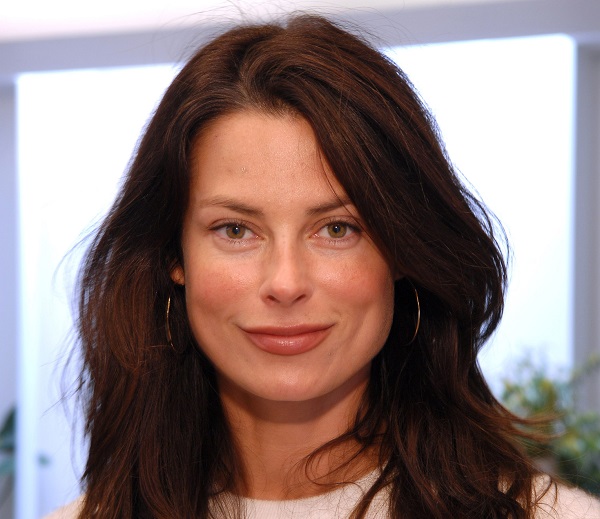 She is also recognized for her work on Roseanne Barr's talk show, The Roseanne Show. In addition to that, Haddon is also noted for hosting a famous French television show, Chronicles from California.

Likewise, Haddon is a Certified Life Coach who helps guide clients in discovering the sweet spot in their lives. Her Linkedin bio shows that she is also a Certified Hypnotherapist, Spiritual Mentor, and Certified Meditation Teacher.

So, she is a multi-talented personality whose work is loved by many people.

Apart from that, Haddon is also famous for her relationships. In the past, she was married to an actor, Christian Slater, with whom he also shares two children.

The former couple separated long ago, and now Haddon is happy with her new husband. Keep reading the whole article to find out about her marriages and more.

As of 2022, Ryan Haddon leads a happy married life with her beloved husband, Marc Blucas. The loving couple dated each other for some years before walking down the wedding aisle on July 25, 2009.

Since then, Haddon and Blucas have been leading a happy married life, and their relationship is growing day by day. Being married for more than 12 years, the pair have already started a family of their own.

Haddon and Blucas are the parents of two loving children, both daughters. We can see their pictures on the Instagram handle of Haddon as she often features them on social media.

Furthermore, the family resides on a 15-acre farm in rural Pennsylvania. For your information, Haddon also has two children from her past marriage, and they also live together with the Haddon family.

Not to mention, Haddon's husband, Blucas, is an American actor widely famous for his portrayal in Buffy the Vampire Slayer, Necessary Roughness, and Underground.

As we know, Ryan Haddon has been married twice in her life.

In the past, Haddon had a good relationship with her ex-husband, Christian Slater.

Her ex-husband, Slater, is also a prominent actor from New York City who got into media prominence after appearing as Jason "J.D." Dean in the satire Heathers (1988).

The former pair began their romantic relationship in 1998. After being in a relationship for two years, Haddon and Slater thought of taking their relationship to the next level.

So, on February 12, 2000, the pair tied the knot in the presence of their family and close ones privately.

Meanwhile, Haddon also shares two children with her ex-husband. Their first child, a son named Jaden Christopher, was born in 1999, just after one year of dating.

After one year of marriage, the ex-couple also welcomed another child, a daughter named Eliana Sophia, in 2001.

Moreover, Haddon and her ex-husband made headlines on the internet when they announced their separation in 2004.

Haddon separated from her ex-husband officially in 2005, and their divorce was finalized in November 2007. Despite having failed marriages, both of them are now busy with their own life and earning a good amount of money from their work.

You May Like: Who Is Victoria Justice Dating? Explore Her Love Life and Dating History

How Much Is Ryan Haddon's Net Worth?

Ryan Haddon is a multi-talented personality, and from her multiple works, Haddon has amassed a massive amount of money.

Some online portals claim that Haddon enjoys a net worth of around $1 million, but her actual fortune still remains under review.

Meanwhile, Haddon has a solid fanbase on her Instagram handle, and if she makes a sponsored post on the platform, then Haddon has a chance to earn $96.75 - $161.25 from a single post, as reported by the Influencer Marketing Hub.