Who Is Scottie Scheffler's Wife? Explore Pro-Golfer Wiki, Married, Career And Net Worth

The professional golfer Scottie Scheffler presently plays on the PGA Tour and has won 3 tours to date. Previously, he played on the European tour and Korn Ferry tour. Besides, he has also been ranked the World Number 1 in the Official World Golf Ranking.

Born on June 21, 1996, in Ridgewood, New Jersey, Scottie Scheffler's age is 25 years old. His zodiac sign is a Gemini. Scottie's nationality is American. His mother's name is Diane Scheffler and his father's name is Scott Scheffler. Moreover, he also has three sisters by the name of Callie Scheffler, Sara Scheffler, and Molly Scheffler. 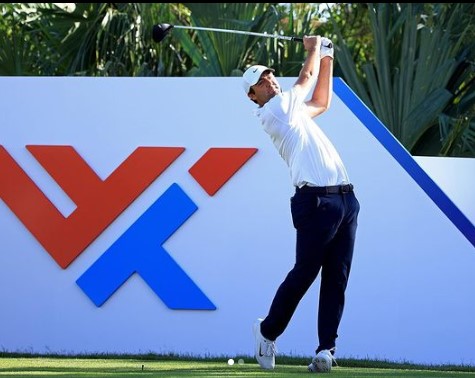 In 2016, Scheffler was ablw to qualitfy for his first U.S. Open. Moreover, Scottie and Cameron Champ were the only two amateurs to make the cut at the 2017 U.S. Open.

What Is Scottie Scheffler's Age?

The golfer is presently 25 years old.

Scottie completed his junior career and ranked No. 1 in the AJGA Polo Golf Rankings. This was after tallying three years of Rolex Junior All-America honors. Furthermore, he signed his National Letter of Intent as the No. 1 junior player in Golfweek’s Class of 2014

Besides, Scottie took part in the FedEx St. Jude Classic (MC) and the HP Byron Nelson Championship (T-22) on the PGA TOUR in 2014 on sponsorship exemptions. Scottie concluded with a share of third at the 2014 Northeast Amateur Invitational at Wannamoisett CC in Rhode Island which made him qualify for match play at the 2014 Western Amateur.

However, the golfer got defeated in the quarterfinals. After he qualified for the 2014 U.S. Amateur match play, he was defeated in the 64th round. At the 2014 Terra Cotta Invitational held at Naples National Golf Club in Florida, Scheffler finished fourth successfully.

What Is Scottie Scheffler Doing Now?

On February 13, 2022, Scheffler was able to win the WM Phoenix Open on the third hole of a sudden-death playoff against Patrick Cantlay. Three weeks later, Scheffler also won his second career PGA Tour title by one stroke over Viktor Hovland, Billy Horschel, and Tyrrell Hatton. The competition was held at the Arnold Palmer Invitational in Orlando, Florida. Nearly a month later, Scheffler won the WGC-Dell Technologies Match Play in Austin, Texas.

Also, read our article on Are 90-Day Fiance Benjamin Taylor And Akinyi Obala Still together? Explore Their Relationship

Who Is Scottie Scheffler Dating?

Scottie Scheffler's girlfriend of a long-time was Meredith Scudder. The duo first met each other while studying at Highland Park High School in Texas. Then they eventually went out for six years before getting married to each other.

The professional golfer's wife is his long-time girlfriend Meredith Scudder. It's been revealed that Meredith's husband proposed to her while they were hiking in the Arbor Hills Nature Preserve. Then in December 2020, Scottie married his wife Meredith.

The golfer is on Instagram with 64.7K followers in total. Besides IG, the golfer doesn't seem to use any other social media. Besides, you can also see the golfer's player site here.

According to multiple sources, Scottie Scheffler's net worth is assumed to be around $2M approximately. The golfer has earned his share through his golfing games.