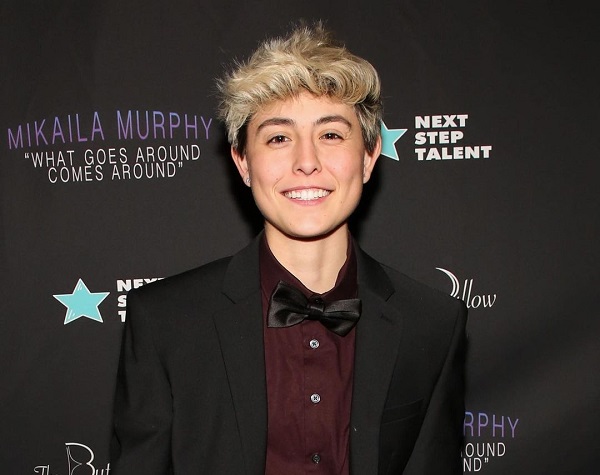 The social media influencer is currently in a relationship with another TikTok star who goes by the name Isabella Avila.

Mattie Westbrouck's gender was a girl before the star officially came out as a non-binary transgender person.

Born on September 3, 2000, in the United States, Mattie Westbrouck's age is 21 years. The star will turn 22 this coming September.

Mattie's sister Hannah is also a Tiktok star. At the same time, her brother Nolan is a professional voice actor, animator, and Creative Director. However, not much is known about Mattie's educational background.

Despite her career upliftment, people still pull her aback with unnecessary and unfiltered comments on her gender identity.

If you have skeptical opinions on her gender identity, then we have caught you up.

Mattie was born a girl to her parents Baron and Adriana. But at the tender age of just 13, Mattie had already begun to question her gender.

A year later, after the now-internet celebrity turned 14, Mattie came out as a non-binary transgender. Mattie also revealed that she doesn't have any preferential pronouns and is okay with being either called he/him or she/her or they/them.

Mattie's parents first found out about their daughter's sexuality through Nolan. While Mattie was dating a girl from her Spanish classes, her older brother Nolan found out and told their parents immediately.

Despite being initially shocked, Mattie's parents and siblings have accepted her identity and fully support her journey.

Does Mattie Westbrouck Have a Girlfriend?

Mattie Westbrouck's dating a girl named Isabella Avila. On Valentine's day, the TikTok star posted a bunch of pictures of the duo where they can be seen kissing and hugging each other. Mattie also captioned the post,

Fall in love with your best friend, and every day will feel effortless Happy V day, my love

Mattie's girlfriend Isabella, or simply Bella, is also a TikTok star with over 17M followers on Tiktok. Bella is a 22-year-old STEM grad and also a social media influencer like Mattie.

The two have been together since a pretty long time and they keep on sharing adorable glimpses of each other in social media.

Don't miss out on: Who Is Fox Nation Host Johnny "Joey" Jones? Know His Married Life And Wife Meg Garrison

The internet celebrity had over 8.4M followers on her TikTok account. Mattie started by uploading POVs and hilarious content on her account before it garnered traction, making her one of the most popular influencers on the app.

Due to her massive engagement on Tiktok as well as viral videos, Mattie also does brand sponsorships and promotions on her Tiktok. As of 2022, Mattie has earned 407M total likes on her Tiktok account.

Besides Tiktok, Mattie is equally active on Instagram, where she has over 896K followers.

Mattie posts selfies, vacation videos, funny clips, and stunning pictures on her IG account. After the news of Bella and Mattie dating went public, both the stars were followed by each other's fans as well.

Mattie is also a YouTuber and has over 1.82 million subscribers on her channel.

With a strong online impact and a jovial personality, she has garnered a huge fan following so far.

People adore and love the way she presents herself. The realism she has inbuilt within is what attracts a massive fan following.

And with her impressive yet unfiltered personality, she garners a hefty net worth.

How Much Is Mattie Westbrouck's Net worth?

The TikTok star has earned such an amount through her viral videos and popular influence on all social media platforms.

Not much of credible sources have reported real information on her net worth yet.