Loni Love’s Love Life: Married Or Dating Someone? More on Her Net Worth 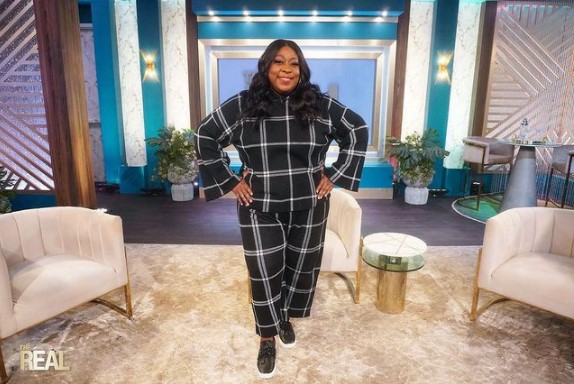 Loni Love's real name is Yolanda Gill. Her ethnicity is African-American and her star sign is Cancer.

She spent her childhood growing up in the Brewster Douglass Housing Projects. As of 2022, Loni's age is 50 years old.

Not much information is available on Loni's parents and siblings. Before her profession as a comedian, she was an electrical engineer, an experience she mentions a lot in her acts.

You may also want to read: Find Out Everything About Sportscaster Mike Hill! Is He Still Married To Reality Star Cynthia?

The famous comedian isn't married to anyone thus far so she doesn't have a husband. But Loni is far from being single either. She is currently dating actor James Welsh.

They have been in a healthy relationship for while now.  The 50-year-old first met her boyfriend James on a dating app back in 2018. Nearly 4 years down the line the couple is still going strong.

Loni also revealed that she was the first African-American Welsh had ever dated. Loni and James get along very well and often engage in goofy and amusing gags.

In a session with talk-show-host Tamron Hall, Loni explained she doesn't really need to get married as she is an independent woman. Loni further clarified that she wasn't anti-marriage but that she just chose a different lane in life.

For now, she is happy, content, and in love with James welsh and that is all that matters for Loni.

There is no information about the couple parting ways or breaking up with each other. They are assumed to be living happy and healthy life loving each other.

Despite being people from different races, they have proved to the world that love for each other cannot be interrupted by anything.

You may also want to read: Is Purple Hearts’ Cast Sofia Carson Dating? Insights on Her Relationship Status

Net worth And Social Media

Love began her comedic career in 2003, after appearing on Star Search.

She had reached the finals there and lost in close competition with rival John Roy. Since then, Loni has appeared in many films and numerous TV shows.

Loni Love was named "Hot Comic" by Campus Activity magazine in 2009 and one of the "10 Best Comics to Watch" by both Variety and Comedy Central.

She also received the Jury Prize for the best stand-up at the 2003 US Comedy Arts Festival.

She accumulated most of her fortune from her career as a comedian, a social media influencer, and her role as a host in various TV Shows. Loni's career continues to grow and we are sure her net worth will be even more in the coming days.

The comedian is on Instagram as comiclonilove and has a massive follower count of 1.7M. Loni also has her website which you can check out here. Likewise, Loni also uses Twitter where she has 410.9K followers.

The Real Talk host is also on Facebook although she doesn't seem to use it.

Her life is general showcases all the flavors to relish. She has had a taste of failure, success, love, and furthermore.

While grabbing the life lessons from each, she has paved a journey like no other today. With a hefty net worth and a loving boyfriend, she enjoys the most flamboyant chunk of life.

She is an exemplary personality for a reason.