Who Is Owen Holt? Know All About his Wiki, Age, Personal Life And Net Worth

By Zera
Published:  January 15, 2022
The winner of the first season of the Next Influencer, Owen Holt is a popular social media personality. Owen became famous by publishing videos on his TikTok account. The major income sources of Owen are mostly from his Social media pages. In this article, we will discuss about his net worth, girlfriend, and his social media accounts.
Owen Holt's Youtube Page

The winner of the first season of the Next Influencer, Owen Holt is a popular social media personality. Owen became famous by publishing videos on his TikTok account. His viral videos were "I know she's not super famous, but Olivia Holt is my cousin." and "TODAY I FOUND OUT MY BROTHER IS A MUSICAL GENIUS!!!!! He thought he was home alone LMAO."

Owen began his TikTok journey towards the end of May 2019. His videos usually consist of Comedy, lip-sync, and transitions. The star has garnered a total of 4M Followers with an aggregate 59.5MLikes in the video-sharing and creating platform. He is regarded as one of the most prominent figures in the Tiktok space. His account was ranked the fourth fastest-growing account on TikTok. Owen started his account in just 2019 and by 2021 he already had 4 million followers.

The social media star was born on May 15, 2002, and is currently 19 years old. His star sign is Taurus. His ethnicity is hasn't been made public. Owen grew up in Orlando, a city in central Florida, United States. There he attended the Lake Howell High School. Nothing much is known about his parents. Their identity must have been kept hidden for privacy concerns. Owen also has a sister whose picture he shared on his Twitter account. 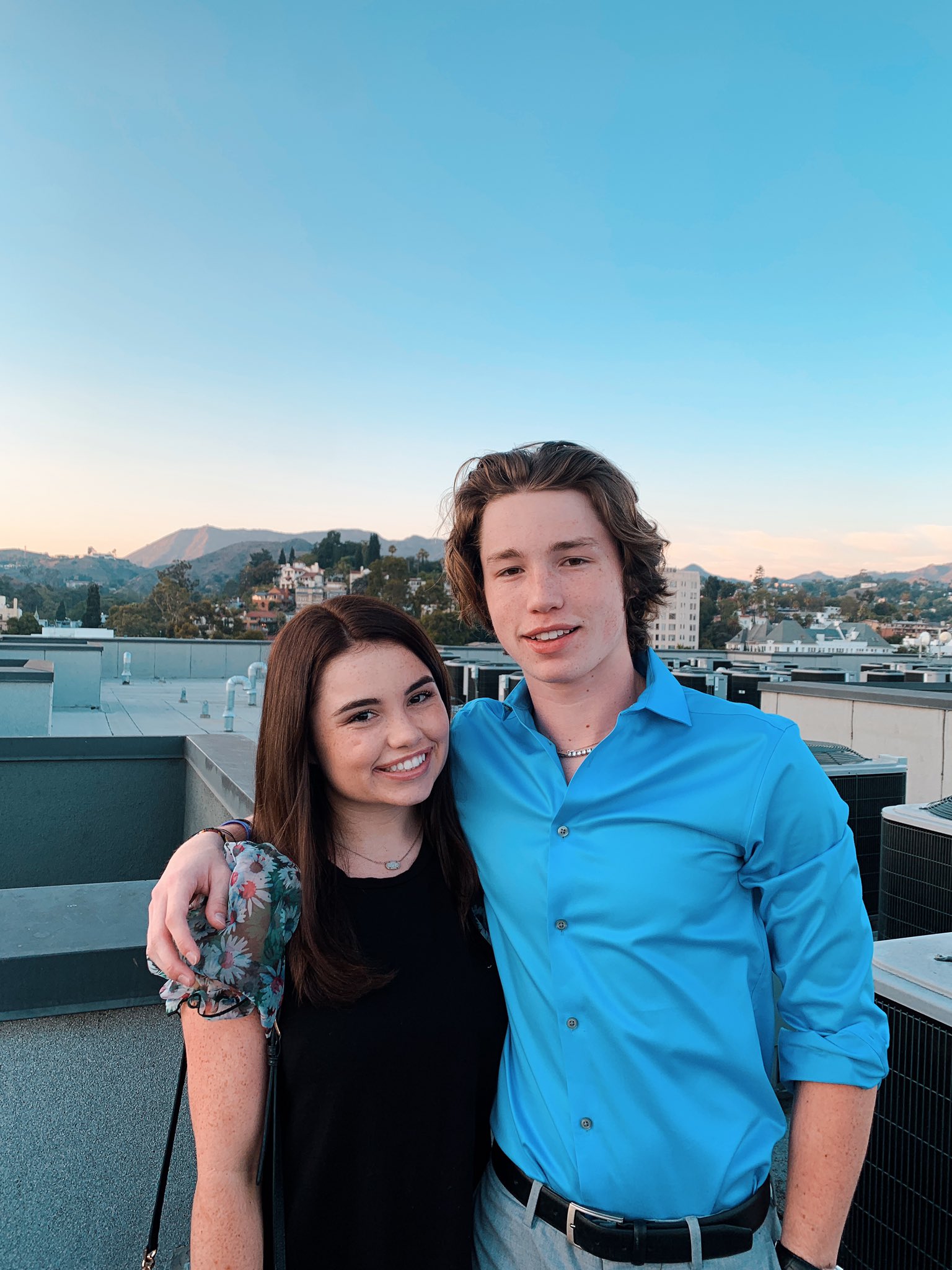 After his graduation from high school in 2020, he got admitted to the University of Central Florida. According to his Linkedin page, he is pursuing his Bachelor's degree with a major in Marketing at the University of Central Florida. Between January 2020 and March 2020, he did an internship as a Head Coach for the U11 Flag Football team. Between August 2018 - 2020, he also worked as a bank teller and head teller at Addition Financial, a financial cooperative offering comprehensive financial solutions that help members achieve their financial goals.

Who Is Owen Holt Dating? Know about his Personal life and Relationship status

The heartthrob who has caught the attention of many admirers seems to be single at the moment! His amazing personality and good looks make it hard to believe that he is presently not dating anyone. Many of his fans have speculated otherwise and believe he is keeping his relationship hidden from the public eye. That could be true as Owen has made his personal life very private. According to Celebscouples, Owen was involved in a relationship in the past. Whether Owen is seeing anyone or not currently, only time will tell.

The major income sources of Owen are mostly from his Social media pages. and brand sponsorships. Besides, he was also the winner of AwesomenessTV's Next Influencer and eventually went on to host Season Two of AwesomenessTV's Next Influencer.  His net worth is estimated to be between $1M to $5M USD. It would be safe to say that this is just the beginning of Owen Holt's career and in the coming days, he will be earning much more.

What are Owen Holt's social media?

Also titled as a 'muser', Owen Holt is active on almost all social media except Facebook. He constantly uploads videos on his Tiktok Page which gets huge engagements from his fans. He is known for his lip-syncs funny videos and dances. His videos instantly go viral within minutes of uploading but are we surprised? No wonder the talented young man has accrued over 4M followers in a span of such a short time.

Besides Tiktok, Owen also is active on Instagram where he has 122K followers. His cute and adorable pictures are definitely a sight to see! Check him out and you'll be forced to leave a like.

On Jan 21, 2020, Owen also joined Youtube. As of now, he has over 635,148 and increasing views in his channel. With over 9.49K subscribers, Owen has made a name for himself in the Youtube community as well.

To know more about Celebrity entertainment and lifestyles, make sure to follow us at https://celebrityshine.com/