Who Is G-Eazy’s Ex Yasmin Wijnaldum Dating Now? Everything To Know About Her Dating Life 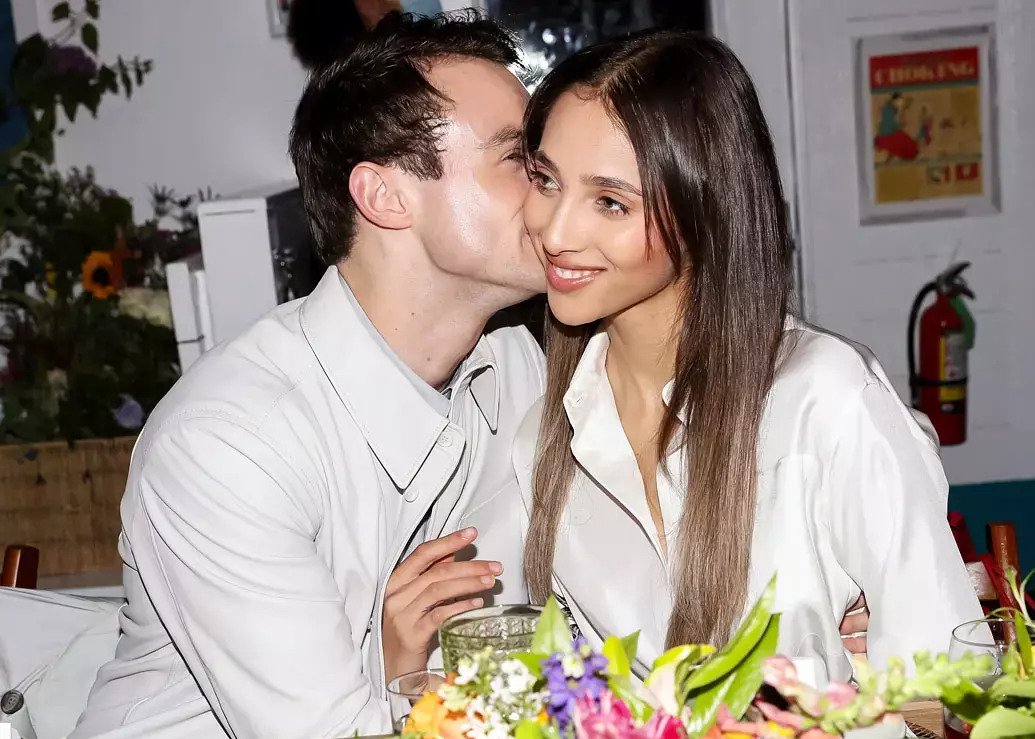 Yasmin Wijnaldum is a model from the Netherlands who is widely famous for her confident runway walk. The 24-year-old model was passionate about pursuing a career in the modeling industry from an early age. So, since 2014, Yasmin has had an active presence in this field.

Besides, Wijnaldum has already worked with many renowned brands. So, she has established a name for herself in this line. Apart from her modeling career, Wijnaldum makes headlines on the internet regarding her love life. Once, Wijnaldum got into the spotlight after her relationship with rapper, G-Eazy was confirmed.

But their relationship couldn't last long, and they later separated. Now, Wijnaldum is happy with a new man. So, keep reading till the end to know everything regarding her relationship timelines and more.

Who Is Yasmin Wijnaldum Dating Now?

Yasmin Wijnaldum is currently in a relationship with her loving boyfriend, Thomas Doherty. Thomas is a well-known Scottish actor and singer from Edinburgh. He is widely famous for appearing as Sean Matthews on the Disney Channel musical series named The Lodge.

The Scottish actor previously had an affair with Dove Cameron, but they broke up in October 2020. Now, he has moved on from it and is dating Yasmin. Their love life is going well, as they often post cute snaps on their social media handles.

Keep reading to learn more about their relationship timeline in depth.

The dating news of Yasmin Wijnaldum and Thomas Doherty first broke in March 2021 when the duo was snapped cozying up in an outing in New York City. In that images, we can see the lovebirds were seen leaned in for a kiss while enjoying a meal. After dining together, Thomas and Yasmin walked around the city.

And after one month, they started to share images on their social media handles. When Doherty posted a series of pictures on social media alongside the caption, Bby, people thought they were dating secretly. When celebrating Doherty's birthday in April 2021, Yasmin also shared some snaps on Instagram.

In one of those images, Doherty was seen making a kiss face at the camera. Not to mention, Wijnaldum wished Doherty a happy birthday with two sweet posts via Instagram Stories and also posted a cute image on the IG wall. Likewise, the lovebirds also appeared together at the Grazia Gazette: The Hamptons launch party in May 2021.

Later, they began sharing cozy images on Instagram, which became more evident that they were dating. Doherty and Wijnaldum also celebrated the 2022 Valentine's day together. Now, they live a happy life, but Wijnaldum previously had an affair with another man.

You May Read: Who Is Shenseea? Everything To Know About Jamaican Dancehall Singer Shenseea

Rapper G-Eazy and Yasmin Wijnaldum had a romantic affair in the past. On February 6, 2019, G-Eazy shared a photo of Yasmin on his Instagram story, saying, "Nice shirt, bae," with a black heart emoji.

The former pair dated for about five months. Their breakup news came into the media when G-Eazy shared a photo with rapper Megan Thee Stallion. After sharing a video showing him lying down and passionately making out with Megan's face, Wijnaldum took to social media to slam her ex. Also, Wijnaldum unfollowed G-Eazy on Instagram.

After their breakup, G-Eazy started a romance with Ashley Benson, while Wijnaldum now lives a happy life with her new boyfriend, Thomas Doherty.