What Happened to Zero Pollution Motors After Shark Tank? 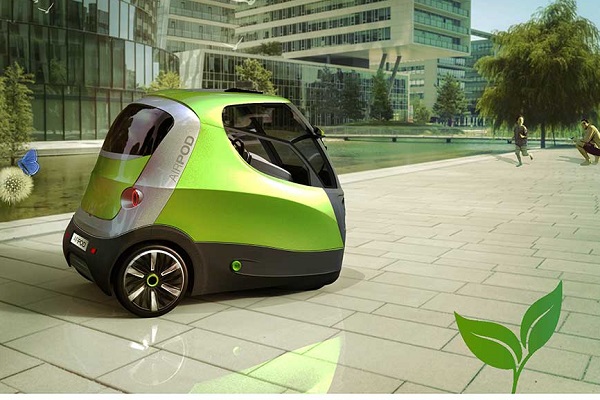 Zero Pollution Motors is a company to develop and manufactures cars with zero pollution. It is also known as Air Car, which runs on compressed air. A license from the government permits the company to manufacture and sell these air cars in the United States of America.

With little to no noise and no pollution, the Air Car promises to make a significant change in the automobile industry for the sounder with a more environmentally mindful mindset. Ethan Tucker and Pat Boone are the founders of Zero Pollution Motors. In Shark Tank Season 6, episode 27, Ethan and Boone made a tremendous ask of $5 million in dealings for 50% of their company.

At the time, the founders only had a prototype, but they could bring a cutout photo of the car onto the show. Meanwhile, their intention with the investment was to begin production in a Hawaiian factory. After facing some issues, they received a $5 million offer from car-lover Robert Herjavec. So, let's get to know if Zero Pollution Motors is in business.

What Is Zero Pollution Motors?

Zero Pollution Motors, aka Air Car, is a company hovering to build the first compressed air-powered car for a deal in the United States of America by mid-2019. It is an MDI license with three products: the AIRPOD Standard, the AIRPOD Cargo, and the AIRPOD Baby. Ethan Tucker and Pat Boone are the duos that founded this company.

Air Car was founded to reduce the use of non-renewable fuels for powering vehicles and diminishing environmental impact. And to do that, Air Car claimed to use compressed air to power the engine. So, they will not just be able pollution-free but also noiseless.

Read This: Meet ‘Too Hot To Handle’ Cast James Pendergrass: More on His Age, Job, and Net Worth

The Zero Pollution Motors founders acquired the rights to manufacture AirPods in Hawaii before appearing on Shark Tank. It is reported that the AIRPOD has been under development since 2000. Meanwhile, the Air Car founders wished to contribute to reducing cars' reliance on fossil fuels.

While living in Vermont, Tucker ventured on a project that required him to write a film about one of the famous innovations named Nikola Tesla. Tucker viewed the AIRPOD as a market-creating breakthrough. It piqued his curiosity about cutting-edge green technologies. Later, the founders faced equivalent challenges to those experienced with earlier breakthroughs, even though it won certification in 2010.

Due to that, it resulted from certain investors the company contracted failed to live up to their half of the bargain. One of the founding members, Tuckers, says the delays have come to a thriving end.

As Tucker and Boone entered the podium, Robert recognized them. During his pitch, Tucker requests $5 million for 50% ownership in his Zero Pollution Motors. His new pollutant-free automobile pondered the five shark investors. Tucker and Boone explain why the aircar is better than a battery-powered car.

The founders also claimed that the aircar could cover 100 miles in four hours. The two entrepreneurs told the sharks they required $5 million to establish the aircar project and that the three-wheeler would deal for $10,000.

Daymond John called the Airpod a wheel lunchbox and believed it too early to invest in such an idea. He was the first to walk out. This idea was also off the table for Mark Cuban, who blatantly noted he was not ready to invest. Likewise, Mr. Wonderful Kevin O'Leary thought it an insufficient business strategy and kept himself out. Despite Lori Greiner's good, she said she's more into domestic sales. So following the suit, she too refused to invest in AirPods.

It was unsurprising that Robert took great interest in this concept. Not only that, but he shared his wish to try and test drive the AirPods. Robert invested $5 million in Air cars in exchange for full ownership of the US market. With a deal in hand, both entrepreneurs depart the shark tank in the end. After the Shark Tank deal, the entrepreneurs worked on their AirPod business plan. Likewise, Zero Pollution Motors' official website stated that the company would introduce AirPod 2.0 to US clients by mid-2019.

Zero Pollution Motors was slated to establish three different variations, each with a seating capacity for three or four travelers. And interested customers could book the automobile in advance. According to Looper, the company went out of business at the end of 2021. Although the company no longer exists, the Air Car is still up and running.

Despite 20 years of development, the AirPod's original vision never really came to fruition. Consequently, Robert needed help to complete his original contract to pay $5 million for 50% rights of the company. There is still space on the waitlist for people interested in aircars and eco-friendly cars.

As we know, the deal between Robert and Zero Pollution Motors on the Shark Tank was never finalized, but the company's website is still operating.

"We are pleased to announce that the first factory-built AirPods should be rolling out by November at MDI in Nice, France.

Once we have a car, we will be opening an online equity IPO with StartEngine to raise $1.5M for the first US Airpod plant. Once we have raised this amount, federal, state and local funds kick in, allowing us to begin manufacturing. More details to follow, but check out these photos from MDI."