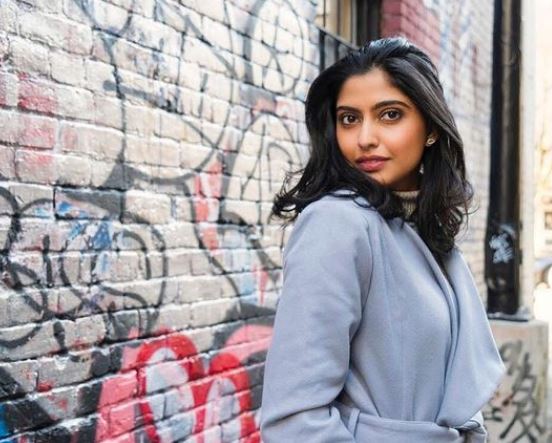 Aliza Vellani is an actress renowned for Little Mosque on the Prairie, which aired from 2007 to 2012. Also, she is famous for her character as Mrs Haggly in the TV series Riverdale. Besides, the actress has appeared in many movies, including The Art Of Racing In The Rain, Blurt, and Colony.

Furthermore, Vellani is also a voice actress. She is a voice artist for the Marvel Super Hero Adventures's character Ms Marvel, in the air since 2017.

Now, without wasting any time, let’s move to her personal life below.

Since Aliza starred in films, she has been people’s heartthrob. So, it is evident that her fans are always curious about her romantic life. Indeed, she has such a unique beauty that anyone can be ready to give their heart to her. So, there might be thousands of men who are crazy for her.

However, Riverdale’s actress chose her now-turned husband, Jamshed Colah as her lover. The couple began dating each other on 24th December 2012. They shared many ups and downs, love and care for nearly six years as a boyfriend and girlfriend.

Later, Aliza and Jamshed decided to stick together forever by exchanging wedding vows. They got hitched in August 2018 in the Hycroft Manor, where their nearest and dearest were present. On their marriage, the bride wore a pastel pink saree, which had floral embroidery on it. In contrast, the groom was covered in a white suit. Also, the ceremony reflected the Indian tradition. Even they performed Hindi songs.

Recently, on 18th August 2020, the duo celebrated their second marriage anniversary. And Aliza took her Instagram to share her happiness on a particular day by posting a photo with a lengthy caption, which includes;

My world became brighter the moment you stepped into it. Happy 2nd anniversary, my love. ♥ï¸

Not only this but, Aliza and Jamshed both express their love for each other via their social media very often.

Also, Vellani is credited for featuring in movies like Kim Possible (2019), Operation Christmas Drop(2020), and several others.

Moreover, Aliza will be seen in Netflix’s Sweet Tooth from 4th June 2021.

How Much Is Aliza Vellani Net Worth?

Aliza, who has been dedicated to acting for more than one decade, earns considerable money. She has starred in many films, which is evident that teh actress has a lavish lifestyle.

Villani’s exact net worth is under review. However, several sites report that she has accumulated a fortune between $500k-$1million.

Aliza was born in 1991 in Vancouver, British Columbia, Canada. Last year, she blew her birthday candle on 30th October, which makes her 29 years old. Within four and half months, Vellani is approaching her 30s.

Similarly, the actress possesses Scorpio as her birth sign.

The Sweet Tooth’s star is a daughter to her unidentified father and mother. She has kept her family details out of the media, so it is hard to acquire everything about them. But, some reliable sources reported that her parents originated from India. They gave birth to Aliza after moving to Canada. And the actress shares a close bond with her family. Also, she often shares a picture on her Instagram. 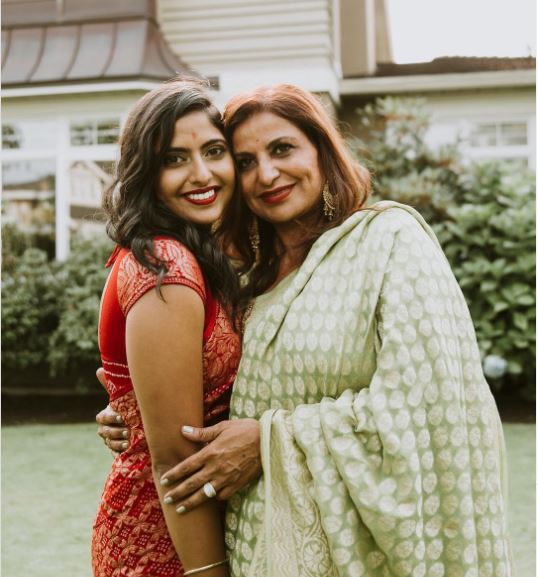 Aliza Vellani shares a picture with her mother on 13th May 2019. (Photo Source: Aliza Vellani's Instagram)

Further, Aliza has not spoken anything about her siblings. As a result, we cannot document whether she has a brother or sister.

As Aliza’s parents are Indian and migrated to Canada from South Africa, she holds mixed nationality.

How Tall Is Aliza Vellani? Everything About Her Physical Appearance

Aliza stands out in the crowd due to her distinctive features. She has a brown skin tone, big sparkling eyes, and black hair, making her look elegant and beautiful. On top of that, Vellani has a height of 5 feet and 2 inches (157 cm). Though her body size is smaller, she has dominated most of the actors in acting.

Likewise, Vellani’s listed weight is out of reach. The actress has maintained her figure by following a healthy diet by looking at her.

Vellani was brought up in her birthplace; most probably, she completed her high schooling without travelling to another country. For instance, she went to York House School. While Aliza was at the school, she took training for acting, dance, and voice.

After the completion of high school, Aliza attended Simon Fraser University. She holds a Bachelors’s degree in Fine Arts, majoring in Theatre from the Fraser.