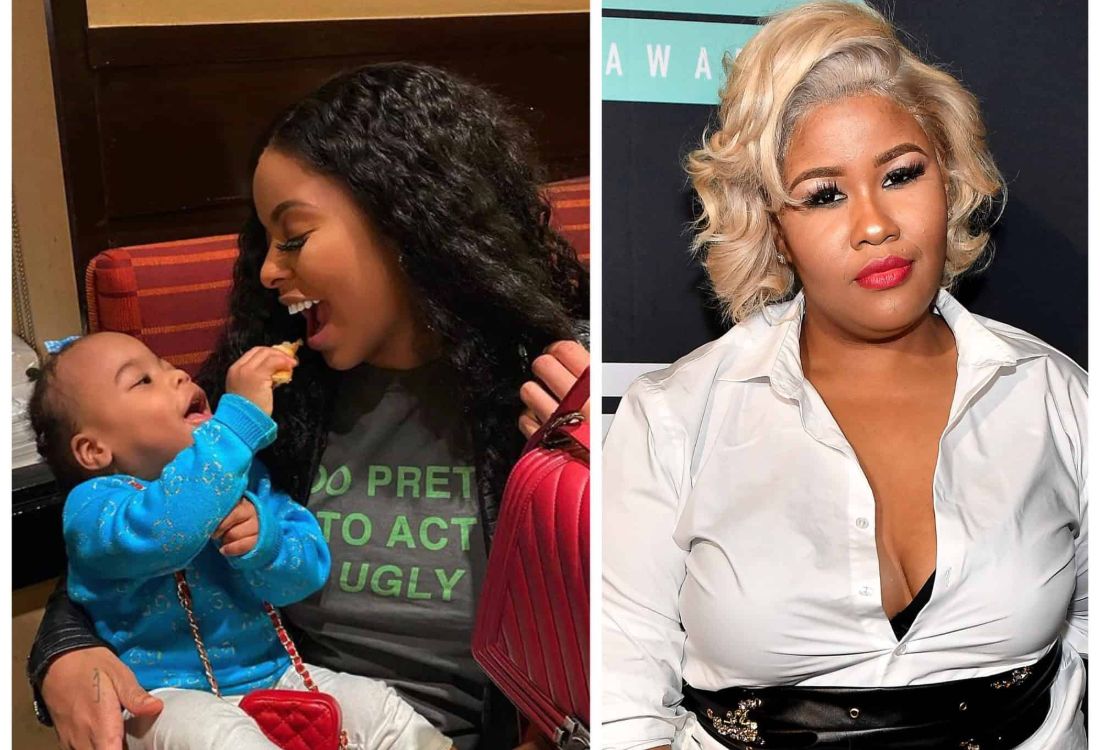 The two Love & Hip Hop series stars became the hottest topic on the internet after several videos of them fighting outside a nightclub surfaced on social media.

Alexis and Akbar were supposed to host an event together in a Philadelphia-based club. The two seemingly entered the club and took some pictures alongside each other. Everything seemed fine until it wasn’t.

Things got heated after a few moments as both of them left the club and began to throw punches at each other. Besides, there was even a video that showed Akbar spitting at Alexis Skyy.

Things Got Heated When Akbar Took To Social Media

A few hours after the incident happened, Alexis decided to address the topic via an Instagram Live session. However, the session didn’t give any hint as to why the two traded punches.

I’m posting these videos of what @alexisskyyyyyy really said!! Because one thing I don’t play about is kids!! And people lying about shit that public record!!! pic.twitter.com/VhMlFoqA5X — Yellowafrikan (@RAWR_IAMJOY) June 1, 2021

Much like Alexis, Akbar also took to her social media to give her thoughts on the brawl. And when she did, things got way out of hands as Akbar went on to disrespect Alexis’s baby daughter, Alaiya Grace Maxwell—a special needs child.

While targeting Alexis via her social media, Akbar directed her thoughts on Alexis’s daughter and disrespected her by saying, “You got a braindead baby. Your baby ain’t got a f***ing brain, b**ch you got a retarded child, and you mentioning my children.” Her shameful comment continued as she stated;

This is no disrespect to Lai Lai, but you got a retarded kid, a special needs kid, and you out here talking about somebody’s children.

Although Akbar ranted that Alexis was the first to talk about children and disrespect Akbar’s kids, there seems to be no proof to prove that. Perhaps, it happened privately, but nothing can be said without any evidence.

Furthermore, Akbar also mentioned that Alexis was on drugs during her pregnancy period, which’s why her daughter has mental issues. She said, “while you was pregnant, you was in Miami on a boat snorting powder.”

Moments after Akbar took to social media to disrespect Alexis’s daughter; Twitter users went berserk as Akbar began to receive heavy backlash. As a result, the self-proclaimed “Queen of Atlanta” had to privatize her Twitter and Instagram handles.

But, all of that measures didn’t stop the people from sharing their thoughts. They went to Twitter and began to do so. One Twitter user went on to say that Akbar talking about Alexis’s baby while she has to have a supervised visitation to see her kids is very interesting.

Another Twitter user went on to point out that Alexis is doing her job as a parent very well, and Akbar should take a note.

Likewise, a user went on to joke about the ironic fact that Alexis and Akbar walked into the club to host an event and ended up fighting each other.

Akbar and Alexis Skyy walked into a club hosting together and walked out fighting each other?!

Furthermore, a Twitter user named Liz went on to insert popular TikTok star Khaby Lame’s animated picture in her tweet as she said, “If only Akbar could put this much energy into her music.”

If only Akbar could put this much energy into her music pic.twitter.com/X0CohlsOjI — Liz (@_Feyishayo) June 1, 2021

How she playing victim? Alexis was saying how she is on a new chapter in life cause she’s a mom & akbar should be too cus all of em got kids. How is that bad? plus akbar out of pocket for speaking on her child that has a disability like no tf https://t.co/MP8UByoUAy — ðŸŒˆi ðŸ¤ pussc (@fvratlanta) June 1, 2021

Going through these tweets, it certainly seems this banter between the two rappers isn’t going anywhere around in the upcoming days. It looks like Alexis and Akbar might have some more balls to throw around.

What Happened To Alexis Skyy’s Daughter? Her Relationship With Alaiya

To answer that precisely, Alexis’s daughter has a medical condition that affects the brain called hydrocephalus. As per TMZ, it is known that Alaiya was born three months before the actual delivery date, and she had to go brain surgery in 2019.

During the time of her birth, she weighed only 1 pound and had some complications. As per Mayo Clinic, “Premature babies can have a slew of health problems, and the earlier your baby is born, the higher the risk of complications.”

The same had happened with Alexis’s baby girl as she was diagnosed with a health condition named hydrocephalus. This health condition creates a buildup of liquid in the brain. Due to this, Alaiya had to undergo numerous surgeries within the first year of birth.

Alaiya was a fighter as she remained strong, despite such complications. She is currently doing well, her health is fine, and she is growing up strongly. Her mother, Alexis, gives a time-to-time update of Alaiya via her social media.

The mother-daughter duo has a lovely bond, which can be witnessed through Alexis’s Instagram handle. She often flaunts some lovely pictures captured alongside her daughter and attaches some heartful captions.

You May Also Like: Sienna Mae Gomez Finally Responds Amid Assault Accusations by Her Boyfriend Jack Wright's Friend, Mason Rizzo

Nonetheless, her daughter's appearances are limited as she likes to keep/raise her daughter out of her limelight as much as possible.