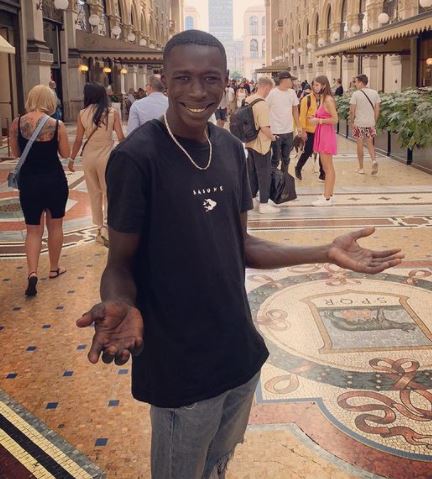 Khabane Lame, AKA Khaby Lame, has been trending everywhere since March 2021. The star posted a video for the first time on 15th March 2021, a tutorial on using hand sanitiser. Since then, he took all over the social sites with his simple life hacks contents.

Besides, Khaby’s humorous creations, simple hand gestures, and wide yet closed smile make the videos more intimidating. Also, he does not utter a word, which makes his short clip more unique. Due to this reason, within two weeks, Lame surpassed 20 million followers on his TikTok account.

And as of 21st May 2021, which has been just two and a half months, he has gained more than 50 million followers on his TikTok. Also, the video creator hit 8.7 million followers on his official Instagram page in just two weeks. And the hilarious fact about this achievement is that he uploaded the video by comparing his followers with that Mark Zuckerbuck. Even Mark replied to him with thumbs up. Well, the man is on his journey of being more likeable and popular day by day.

Now, it's time to know more about Khaby Lame, including his age, family, net worth and more. Let's go through the article.

Have you scrolled Khaby’s Instagram yet? And you might have come across many posts where he is seen with a beautiful young lady named Zaira Nucci. Yes, she has a heart of such a talented young TikToker.

Lame and Ziara seem to share a very close bond as best friends, though they are involved romantically with each other. For now, it is impossible to document the exact year of them being in a relationship. However, Khaby’s Instagram posts suggest that they have been dating each other for more than years. 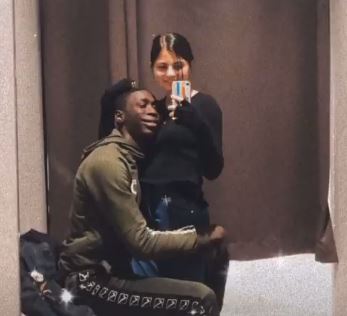 Like other coupes, Khaby often shares a picture with Ziara by writing sweet and funny captions on every post. Recently, on 4th April 2021, he shared a photo where he is seen side hugging his sweetheart.

And he captioned it by saying,” I started looking for a few cheesy words for the description, but I was getting diabetes.”

If we go to the original version then,

Indeed, Lame is funny in real life too. We are sure his girlfriend doesn’t have to feel upset as she has such a man in her life, who is full of humour.

Who Is Khaby Lame Girlfriend?

Lame’s beau, Zaira Nucci, is also an Italian. She hails from Sciacca, Sicily, Italy. But, she is currently living in Chivasso, Turin, Italy. And she is 18 years old, as per her Instagram bio.

Like Khaby, Zaira is also famous on Instagram under the username of @___zae__. She has about 35.8k followers as of now. Talking about Nucci’s job, she is an artist.

Discover: 'The Bachelorette': Everything About The Fan-Favorite Greg Grippo From Katie's Season

The viral star, Khaby has started earning good money from his creative yet straightforward content. The Biography Daily reports that Lame’s net worth is between $300k-$500k.

Similarly, Lame has also begun making money from his Instagram handle, @khaby00, which has about 13.3 million followers. Very soon, we might see him promoting the products for many big brands on his social media.

Not only this but, Khaby has another source of income and, i.e. TikTok. He has already gained about 52.3 million followers, including 736.5 million likes on his TikTok account, @khaby.lame.

The TikTok star was born on 9th March 2000 by possessing Khabane Lame as his birth name. And the young star opened his eyes for the first time in Senegal, West Africa. But, he was brought up in Turin, Italy since he was one year old.

He reached 21 years old after celebrating the birthday recently on 9th March 2021. Being the child of March, his birth sign is Pisces.

Lame is a son to his unidentified father and mother. The rising influencer has not spoken much about his birth parents, so detail on them is out of reach. However, Staroffline says that Khaby’s parents are Senegalese.

After migrating to Italy, Khaby and his birth givers resided at Chivasso, Turkin, Italy. He grew up in public housing. And the TikToker lived a happy early life by playing sports, including football, in the housing area. Also, Lame never hesitates to share his upbringing as he got so much to learn and build up the relationship with his neighbourhood.

Besides, we are informed by several sources that, Khaby has one brother, which goes by the name @young_dudu, on his Instagram handle. By looking at Dudu’s Instagram profile, we can say that he is a music enthusiast. Also, Young has released a music video titled Crazy The Short Movie on YouTube channel.

Explore: Cam Anthony Could Be A Superstar And Journey Of The Voice

Though Lame has not uncovered his educational qualification, his Facebook bio suggests that he went to Scuola Media Chivasso Demetrio Cosola.

Without a doubt, Khaby acquired his education in Italy to date.

How Tall Is Khaby Lame? Information On His Body Measurements

If you have seen any one of his videos on TikTok or other social media, you might have figured out that he is very tall. To be exact, Khaby has a pillaring height of 5 feet and 10 inches (1.77m). Indeed, the social media star possesses a size, which everyone wishes for.

Khaby’s parents have a root in Africa though he grew up in Italy. So, the star belongs to the African-Italian ethnic background.