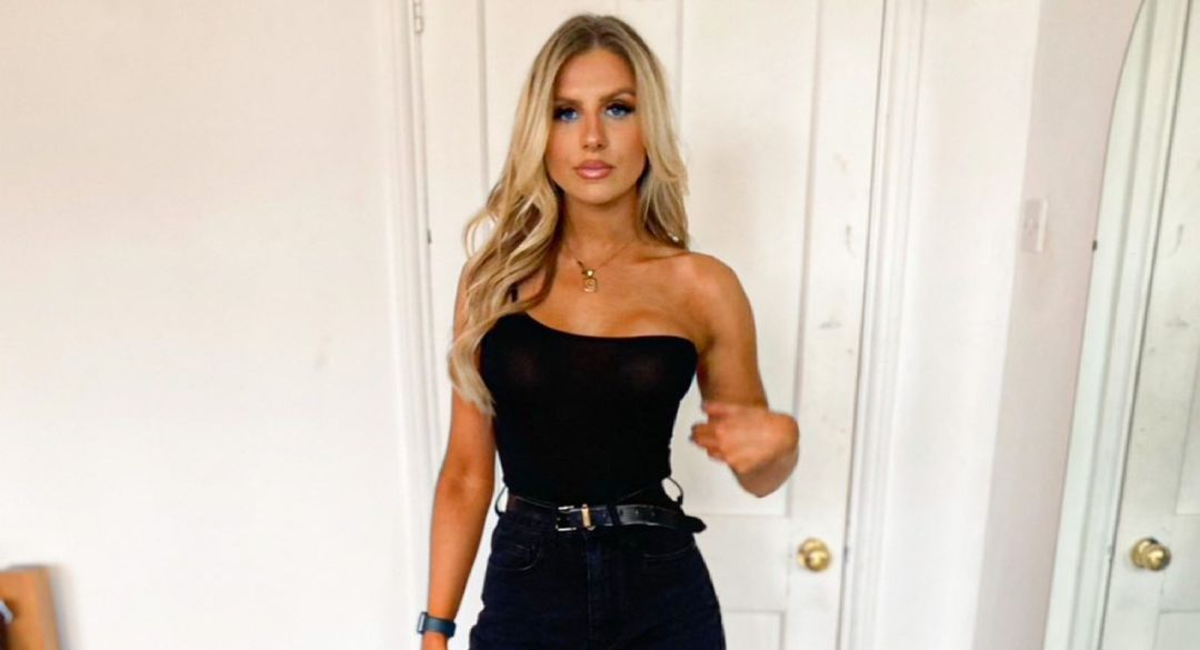 Love Island contestant Chloe Burrows is currently facing some trolls and backlashes after revealing that she once had a fling with a man who had a wife and children.

The Bicester, Oxfordshire native recently said in her promo video that she was seeing a man from work, which eventually ended after she came to know that the man was married and had children.

She also disclosed that she wasn’t aware of that man’s marital relationship or family background during their relationship. But, after she knew, she ended the fling.

Chloe’s Take On The Story and Trolls

After Chloe’s promo clip was uploaded, it didn’t take time for the Love Island fans to take to the internet to talk about the topic. Soon, Chloe decided to clear up the topic and make things even for everyone.

In a conversation with MailOnline, Chloe said, “That married man thing has really been taken massively out of context.”

Continuing her statement, she clarified more about that situation and said that she was seeing a guy from work for some period and she had no idea that he was married. She only learned the truth after her manager told her that the guy is married and has kids.

Someone at work was like "he's married with kids," and I was like "what the f***?" I ended it because I was like, "what the hell?"

During the same conversation, the 25-year-old was asked about how she feels about the Love Island fans trolling her. In reply to that, she stated that the fans must have to learn about the whole story first as they have only heard little about it.

In the very talked promo video of Chloe, she had stated that “You would really think there were fit men in the city but there really aren't. Most of them are married or have girlfriends who I mean are off-limits, they're not really off-limits.”

Then, she said, “I mean I'm partial to a married man, I did meet someone at work I thought it was love at first sight until my manager reminded me of his wife and kids. Doesn't mean I don't drunk call him most weekends. Any girl should be weary of her man, but I mean definitely around me.”

Following Chloe’s statements on the promo clip and in interviews with different media outlets, it didn’t take enough time for those words to reach the ears of the man Chloe was talking about.

In an exclusive conversation with The Sun, the man, who preferred to keep his identity undisclosed, dismissed the talks about having any “affair” with Chloe.

I had a professional relationship with Chloe. I’ve been single for six years, so the word ‘affair’ is just irrelevant.

He continued as he told: “Chloe has actually been very professional in her marketing executive job and she has done a terrific job for us as a team of people.”

However, the undisclosed man wasn’t the only person who responded to Chloe’s words as the man’s daughter also had a few words to say. The daughter, whose identity is kept private, posted a status after seeing Chloe’s promo video.

Daughter's response to Chloe Burrows having an affair with her father (Source: The Sun)

With less than half a week remaining for the new season of Love Island to premiere, the situation around Chloe Burrows is already getting interesting. What do you think about the whole situation?

Don’t forget to check out the seventh season of Love Island as it airs on ITV2 and ITV Hub on Monday, June 28, at 9 pm.