Who Is Wednesday Star Jenna Ortega Boyfriend? Inside Her Relationship and Dating History 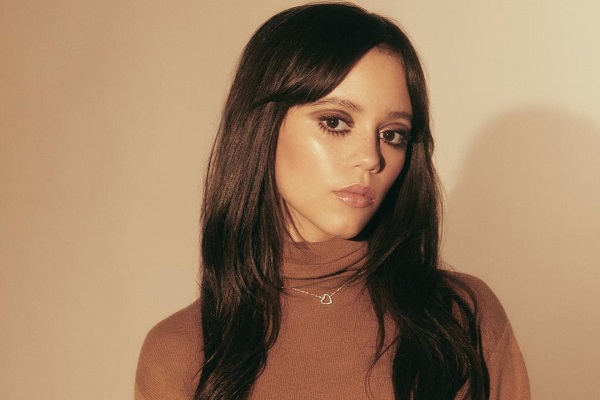 Jenna Ortega is a rising star who is getting people's attention after landing the role of Wednesday Addams in the Netflix comedy horror series named Wednesday (2022). Since 2012, she has been active in this field and began working as a child actress. Some of her prominent roles can be seen in Jane the Virgin, Stuck in the Middle, and The Fallout.

People praise her for her notable acting roles in the movie, and her recent role in Wednesday has gotten huge media attention. Ortega's role is caught in somewhat of a love triangle in Wednesday between Xavier and Tyler; fans have been trying to find out more about if Ortega is dating a boyfriend off the screen.

Here we've discussed everything about Ortega's love life and dating history in detail. So, keep reading till the end.

Well, Jenna Ortega appears to be single and is not dating anyone. The prominent actress is highly focused on her career rather than getting involved in romantic affairs. Like many celebrities, Ortega hardly talks about her love life in the media.

Likewise, she has never mentioned her partner or boyfriend on her social media handles. From her account, Ortega mainly gives updates regarding her professional life and events. Despite staying lowkey relating to her love life, Ortega has been linked with someone, and there are rumors that she dated in the past. So, let's explore her dating history.

Click To See: Who Is Actress Michelle Argyris Husband? Complete Insights on Her Married Life and Relationship

In October 2018, Jenna Ortega was romantically linked to Asher Angel. It was reported that they were dating secretly. The rumors of their affair sparked when they appeared together at the official Just Jared's Annual Halloween Party.

During that time, the duo dressed up as Ariana Grande and Pete Davidson. The rumors got more into the spotlight when they attended multiple red-carpet events together, including the premiere of Marvel's Venom. Besides, both kept their mouths shut and never talked about the ongoing rumors.

So, we can say that they might be good friends. In the same way, Ortega was also rumored to be in a relationship with Jacob Sartorius. When Ortega appeared in Jacob's music video for his song Chapstick, their relationship gossip fueled up. In the respective music video, Jacob and Jenna enjoy a date around New York City doing many things, including playing carnival games.

Meanwhile, Jenna and Jacob are just friends and are not dating, as Jenna cleared up the rumor by talking about her experience working on the music video. She opened up about it with J-14. Talking more about her dating life, Ortega said she has not dated in the past, but internet sources claim she had about six relationships in the past.

Related: Is Jacob Sartorius Gay? Everything About Sweatshirt Singer’s Sexuality and Love Life

As we know, Jenna Ortega's role as Wednesday Addams is making headlines on the internet. The new Netflix hit series has two male love interests but doesn't appear to be curious about either of them, which has got much thinking Ortega's gay.

It has not been confirmed by the series, but Ortega thinks her character is a gay icon and describes it as a badass. For your information, Ortega's role, Wednesday Addams, is the only daughter of the Addams Family. Laurel Gates is also another character in the series.