Who Is Laurel Gates in Wednesday? Villain’s Origins and Identity Revealed 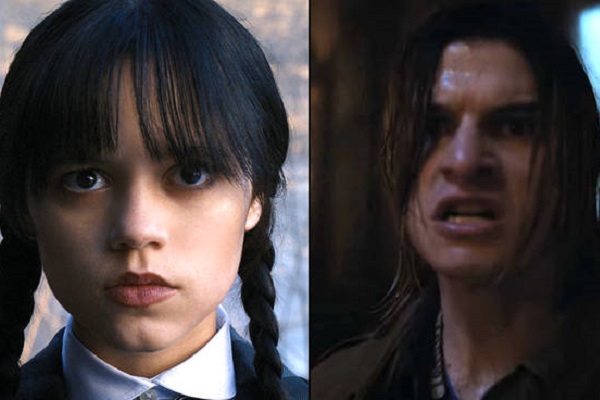 Netflix viewers are currently watching its new series named Wednesday. The series has been making rounds on the internet for quite a while now. The new Netflix series has charmed many viewers, but some are confused by the show's finale. This show is predominantly a murder mystery focusing on Wednesday Addam's first school year at Nevermore Academy.

This season, there is a monster on a slaying binge thrashing the students, and the Netflix series takes it upon herself to work out who is behind this supernatural riddle. Likewise, the Gates family were descendants of Jericho's outcast-hating founder, Joseph Crackstone. Also, the whole Gates family is considered long dead, with the Gates family line ending after Laurel.

So, now, people's concern is to know about Laurel, which we've discussed below in detail.

Who Is Laurel Gates on Wednesday?

Laurel Gates is Garrett's younger sister, who was rumored to have drowned overseas years ago; a death certificate was even made up to confirm this. Meanwhile, Wednesday's investigations into the Jericho killing spree lead her to believe that Laurel is alive and has returned to finish what her family began.

But Wednesday seems quick to jump to endings as she initially doubts that her therapist, Dr. Kinbott, will be the returning Laurel, although this speculation proves false. With that being said, Wednesday viewers are also concerned about her origin and identity.

The final episode of Wednesday's first season reveals that Marilyn Thornhill, the friendly normie teacher at Nevermore, has been Laurel. Wednesday finally makes contact when she speaks to her friend Eugene, who is healing in the hospital after being assailed by a mystery figure.

Eugene says that his attacker wore red boots, just like those worn by Marilyn, and Wednesday finally works out that Thornhill is Laurel. Not only that but it's revealed that Laurel has been behind the brutal killing spree in Jericho all along, as she has been handling the monster, Hyde.

You May Read: What Happened to Poong Woon-Ho in the 20th Century Girl’s Finale?

Who Are in the Gates Family?

The Gates family is one of the most influential families in Jericho. One of their ancestors, Joseph Crackstone, was the founder of Jericho. Following Crackstone's footsteps, the Gates family despised outcasts, especially Nevermore Academy.

One of the Gates family members, Garrett, was killed accidentally by Morticia, but her partner, Gomez, took the blame upon himself to protect her. As said earlier, Laurel is a daughter of the Gates family who is at first thought to have drowned in a foreign land. However, Goody figures out that Laurel has not died. Also, she is the one who has been going around committing the grizzly murders.

Meanwhile, Laurel is an interesting contender for Wednesday. They both have frighteningly complex families, with their futures laid out for them long before birth.

Wednesday is available to stream now on Netflix, released on November 23, 2022.