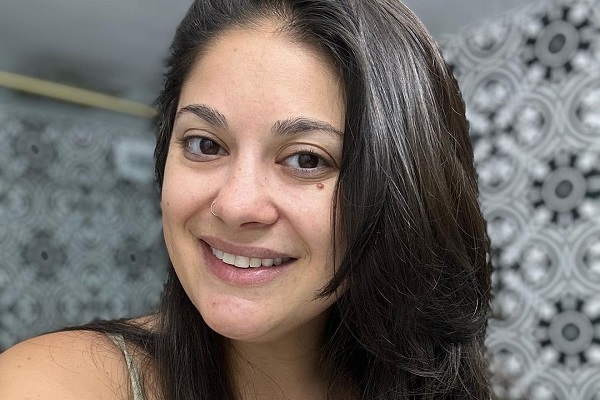 Loren Brovarnik is a reality tv star who rocketed to fame after making her reality debut on the TLC series 90 Day Fiancé. Currently, she serves as an ambassador at the Tourette Association of America. She has been associated with them since 2017.

With that, 90 Day Fiancé viewers are eager to know more about her family life. So, here we've mentioned everything about it but first, let's get to know about her parents and ethnic background.

Meet Loren Brovarnik Parents: What Is Her Ethnicity?

Loren Brovarnik was born to her parents, Bryan Goldstone (father) and Marlene Goldstone (mother), on June 30, 1988. Loren was born in New York City and grew up in Parkland, Florida. Her parents are both Jewish-American, so Loren's ethnicity is Jewish, which ended up playing a big role in her romantic life. Also, she has a sister named Rebecca Goldstone.

Her parents appear in the reality show, which sees the family talking about where they could potentially move. In the show's trailer, she can be seen saying that she doesn't know if South Florida is the best place for them. As we know, both of her parents are cast in the reality show; fans are eager to know more about them.

Brovarnik's father is the Director of Environmental Services at HCA East Florida. On the other side, her mom works as a realtor.

You May Read This: Who Is G-Eazy’s Ex Yasmin Wijnaldum Dating Now? Everything To Know About Her Dating Life

Loren Brovarnik Working on Conflict With Her Parents

Loren Brovarnik is married to her husband, Alexei Brovarnik. Currently, they are working through their battles with Loren's parents about moving to a different nation. During a sneak peek preview of their upcoming season, the couple mentions the idea of moving to Israel.

As we know, Loren's mom and dad have always been dead set on the couple staying in Florida and not moving out of the state. While talking to PEOPLE, Loren opened up about her conflict with her parents. When her mother heard the news, she instantly shot down the idea of having the pair's children spend a few years in Israel.

In the same way, her dad showed the same amount of distaste for the idea. So, at the time of this post, it is unknown whether the couple will move out.

Related: 90 Day Fiancé's Loren And Alexei: Know About Their Net Worth And Personal Life

Loren Brovarnik and Alexei Brovarnik Married Life: How Many Children Do They Have?

Moving into their love life, Loren Brovarnik and Alexei Brovarnik are a happily married couple. The couple met each other for the first time in 2013 in Israel. During that time, Alexei was serving as a medic for a group. The couple connected, and Loren later went to Israel five times in one year to resume her relationship with Alexei.

As we know, they fell in love with each other shortly and began dating. Shortly after two years of meeting, the duo tied the knot in 2015. Their first marriage ceremony was also featured on 90 Day Fiancé, and when Alexei moved to the United States on a K-1 visa, Their second marriage ceremony came again in 2016 in Israel, which was featured in 90 Day Fiancé: Happily Ever After.

Since then, they have been a happily married couple. In October 2019, it was announced that they were having their first baby. So, in April 2020, the duo welcomed their first child, named Shai Josef. In August 2021, the family increased when Loren and Alexei gave birth to another child Asher.

Eight months after Asher was born, the duo announced they were increasing their family again this fall. And their daughter Ariel Raya was born in September 2022. Loren and Alexei live happily with their three children.