Inside Michael Irby and His Tight-Knit Family! Know More About His Wife & Married Life 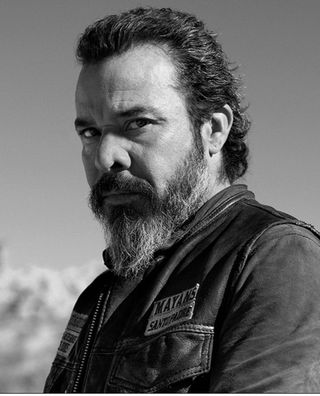 Michael Irby has been in the entertainment business for over two decades now and prominently made his debut in 1997 but he had not gotten the success he wanted until the year 2002.

In the year 2002, everything in the actor’s life changed as he had just moved to LA with his pregnant wife and in the same year, he got his first big break in the movie Haunted.

He also welcomed his child soon after that, who was a son and his career became more of a family affair, even more than it already was there.

So, let us get deep into what is in the actor’s life that we want to know. Read everything about his family and success.

Read more: Why Did Mark Valley Split With His Ex-Wife? Insights Into His Daughter, Married Life & More

Michael Irby got married to his wife, Susan Elena Matus, who is an only child to a Nicaraguan father and an Irish/Danish mother. The couple first met in New York.    The duo was pursuing a career in acting when they first came across each other.

The couple then got married on June 18, 1996, and they left behind their daily chores in the theatre scene and moved to LA.

They moved to LA after nine years of togetherness in New York and the date they moved was just 10 days prior to 9/11 when things just started going well in their place.

After six months of getting to the West Coast, she got pregnant with her son.

Earlier in 2002, Irby had auditioned for the movie “Haunted”, which is a horror drama. Well, to be known, he had a very unique approach to his auditions.

He used to shakily read his own poetry at the audition he used to give which managed to fill him in the cast.

In an interview during his casting, he recollects the memories of how he had been in New York for 10 years and how he had just moved to LA while his wife was pregnant.

He also added by saying how things turned and they changed everything. The circumstances also lead him to change himself as a person.

Haunted, got canceled after just one season of its show due to low ratings, it was indeed a big project for Irby. The series put him on the map and paved his way to success and a business career.

To talk about his kids, he only has a single kid named Adison James Bear Irby. After their son’s birth, both the actors got pretty busy in their own life.

Well, their son has inherited their parents’ artistry and is opting for photography.

Michael Irby and His Wife’s Secret to a Healthy Marriage

Being married for more than 26 years, it is quite obvious that the marriage does not come all pink and purple.

There might have come many challenges for both the duo.

For Matus, the hardest thing in her life was to manage and balance time after she gave birth to her son.

Matus said in one of her interviews that mothers have a really hard time managing everything that comes on their plate.  She said how she was so committed to being a mother and she felt it important for her as a woman to equally be invested in her artistic goals.

Both the couple has been in a very happy and committed relationship and together own a beautiful small family. As for Irby, he feels that the most important thighs in any relationship are communication, and theirs are the same.

He said that it was somewhat of a trick for their relationship to keep moving forward and make things work.

However, their relationship teaches us many things about relaying thoughts into actions and keeping communication intact. While they tell us clearly that good communication is the key.

Read more: Shiba Russell Has a Husband? Who Is Her Life-Partner? More on Her Married Life

An American actor who has made a good name in the entertainment industry, his estimated net worth is $2 million. Known for many best roles in movies, Irby has successfully been able to attract good fortune.