Who Is Chris Potoski's Wife? His Wiki, Net Worth, & Married Life 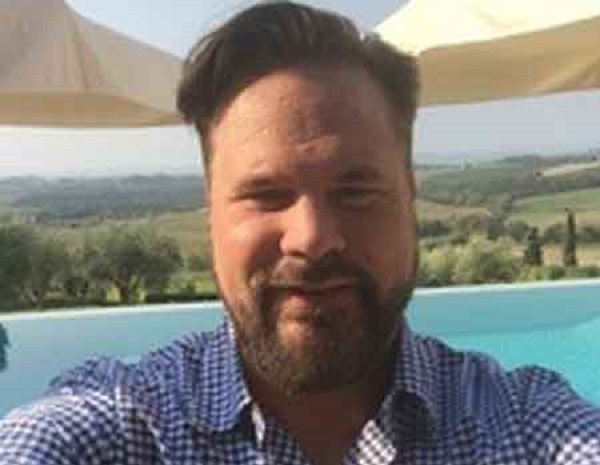 Chris Potoski is an American businessman who has been known to have dominated the business industry for nearly 20 years. In addition to his successful venture into the business world, he became even more prominent after tying the knot with Tracey Lynn Livermore.

Most people also know Tracey by her screen name Brandi Love. She is a well-known adult actress. So, in today's writing, we will discuss Potoski's life and his married life.

Who Is Chris Potoski? More on His Early Life

Born in 1972, Chris Potoski grew up in a public care facility called Eagle Village in Michigan. As of 2022, Potoski is 50 years of age. Not much is known about Chris's parents and siblings. Potoski spent his junior and high school years under the care of the state.

He attended Walled Lake Western High School, Commerce Town, Michigan, and earned his GED. He then transferred to another state program called independent living for college.

Later, Potoski was mentored by a social worker, and the state provided him with a stipend. He intended to enroll in college or join the military, but there were limited college options for him due to his GED.

So he moved to the town of Big Rapids, determined to get into Ferris State University.

Finally, after a few tries, he entered the school and was signed up for a summer semester internship. Then in 1990, he transferred from Ferris State to Central Michigan University.

From there, Chris got a GPA of 3.8 in a dual major in Kinesiology and Psychology with Physiology in 1995.

Also Read: Shep Rose and Taylor Reunite After Split and Their Relationship Status Is Revealed

Take a Look at His Career and Business

Chris Potoski is the founder and COO of TraceyJordan Properties and TJC Asset Management. Previously, he was in the Healthcare sector.

Potoski started his career as a Director of Business Development at Curative Health Services in 1995, which was a leading disease management company. In December of the same year, 1995, Chris eventually left.

In 2000, Potoski served as the Vice President of Business Development at National Healing Corporation for five years.

His primary part was ensuring mutually beneficial contracts between the company & hospital/hospital system partners in rural to large markets.

In 2009 he co-founded InVixis Media Systems, a software company in Raleigh, NC, which he acquired in 2014.

Potoski was responsible for directing a team of operations and development professionals as they developed and executed the company's EHR Selection, EHR Implementation, Meaningful Use, ICD-10, and Revenue Cycle Management Services.

In July 2014, Potoski founded TraceyJordan Properties in Raleigh-Durham, where he is also the COO.

Chris Potoski is the founder and COO of TJC Asset Management, founded in 2004.

You may also want to read: Know All About Musician Neil Young's Net Worth, Career And Personal Life

Married Life: Chris Potoski Shares a Daughter With His Wife

Potoski and former adult film actress Tracey Lynn Livermore got married on February 10, 1994, in a private ceremony. Tracey is known by her screen name Brandi Love.

The couple also shares a daughter who was born in 2000. Due to Brandi's association with the adult industry, the duo has kept the identity of their daughter confidential.

As a result of the legal process, police and child protection officers arrived to check on their home environment before allowing them to keep the child for themselves.

Potoski also got into the adult industry and started making adult videos after doctors advised him to change careers in the early 2000s.

He had suffered a self-inflicted heart attack. As an entrepreneur, he made more than 240 flights a year and stayed at home only nine days a month.

How Much Is Chris Potoski's Net Worth?

According to a report by Briefly, Chris Potoski is estimated to have a whopping net worth of around $8 million. All of his income came from having multiple businesses.

Having such an impressive net worth, Potoski surely lives a lavish life with his wife and family.