Who Is Gabbie Hanna? Get to Know the Reason Why She Is Going 'Offline Entirely' 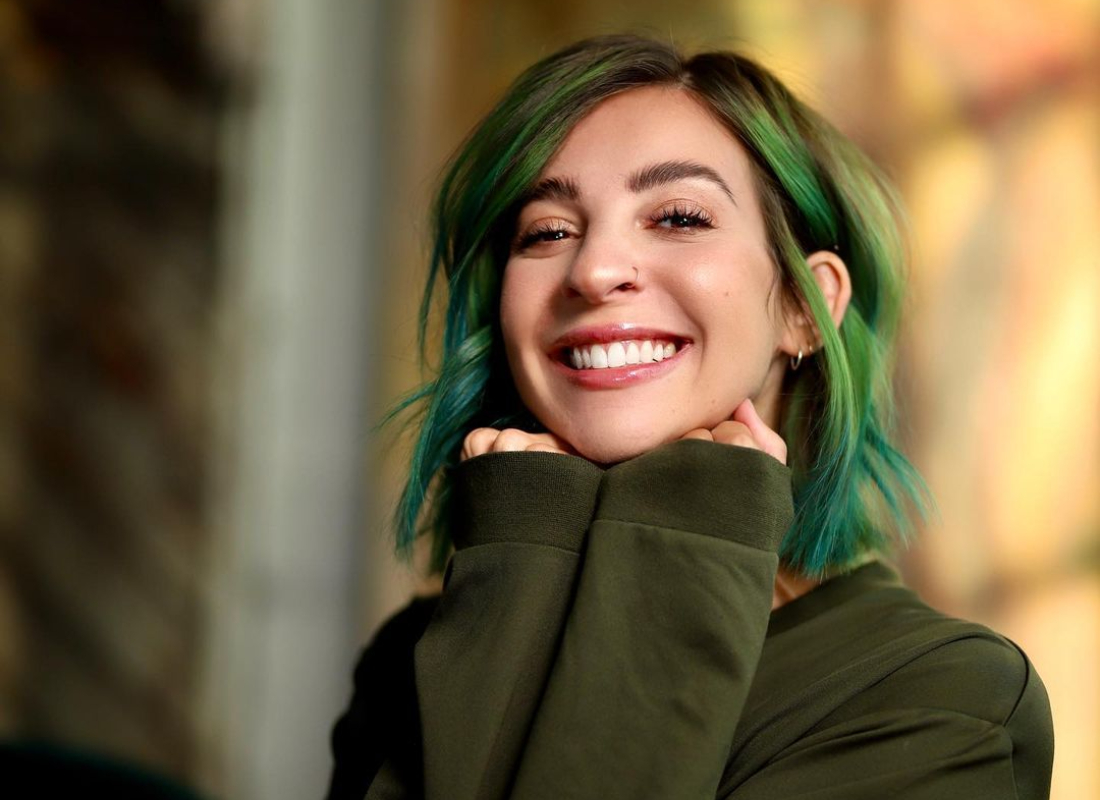 Gabbie Hanna is an American songwriter and internet personality. She gained the limelight by sharing Vines in the since-banned Vines platform. As of now, she uses the YouTube platform to share music videos, comedy videos, and vlogs.

In her YouTube channel titled The Gabbie Show, she has garnered over 5.55 million subscribers with a total of more than 1.09 billion views. As for her music career, she has released two EPs as of now; 2WayMirror and Bad Karma.

The New Castle, Pennsylvania native YouTuber has had quite a few feuds (or some online drama) with some other influencers throughout her career. Some of her recent beef was with fellow YouTubers Trisha Paytas and Jessi Smiles.

After the topic was somewhat silenced, Gabbie took some time off and didn’t post any videos on YouTube, with her last video “About The 3 Hour Jessi Smiles Phone Call” uploaded on July 1, 2020.

Following a break of almost 19 days, the YouTuber finally shared a video on YouTube. The video was 3 minutes and 51 seconds long and in it, she was seen in a bathtub singing a song titled “Sorry… I’m Late.”

In the video’s description, she had attached a very long caption, that ended in her saying “From here on out, I’m offline entirely.” Going into the brief details of the long caption, Gabbie had written:

I knew coming into this that it would be difficult, but I wasn’t able to handle it the way I thought I was.

Later, she opened up about how she hates being caught up in online dramas. In addition, she also shed light on how she took a step back into the real world following her recent beef with Jessi Smiles.

I took a step back into the real world where I’m a pretty happy and chill person. Online, I’m a version of me that I really can’t stand.

In the end, she concluded the caption with “From here on out, I’m offline entirely.”

How Old Is Gabbie?

The talented American social media personality celebrates her birthday on the 7th of February every year. In 2021, she celebrated her 30th birthday.

She celebrated her 30th birthday in Monterey, California. On the same day, she posted some pictures to give some glimpses from her special day. 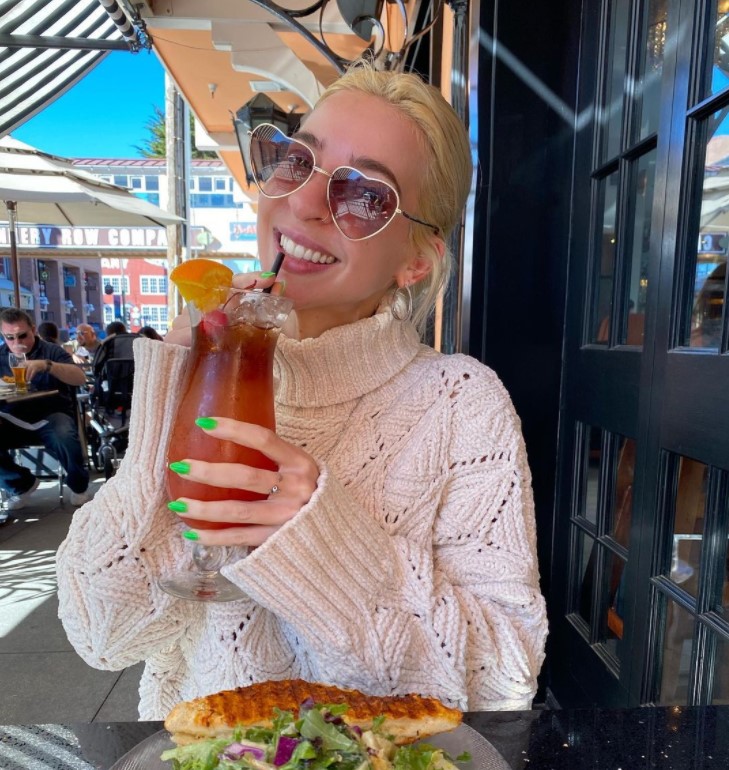 Gabbie Hanna was born on February 7, 1978, in New Castle, Pennsylvania. Her birth name is Gabrielle Jeanette Hanna. Her zodiac sign is Aquarius. Likewise, she is of Lebanese, Polish, and French descent.

For her education, she enrolled at the University of Pittsburgh. She graduated in 2013 with a degree in psychology and communication.

Have A Look At: Sarah-Jane Crawford Pregnant with Second Child Just 11 Months after Welcoming a Daughter

Info On Her Parents and Siblings

The 30-year-old YouTuber likes to keep the details of her family life behind the curtains. Due to that, the details of her parents and siblings are yet to be disclosed. Nonetheless, it is known that she comes from an upper-class family.

Additionally, in a Q&A video of September 10, 2014, Gabbie revealed that she has 6 siblings. Other than that, little to no information is available on her siblings.

Gabbie has managed to garner a healthy fan following across different social media platforms. One of the main reasons behind her huge fan following is that she was already a huge star back when the Vine platform was still up and running.

Through her social media handles, the 5 feet 6 inches tall YouTuber shares pictures and clips related to her new uploads, travel & vacations, day-to-day life, and more. She goes by the username of @gabbiehanna on Instagram, where she has over 2.8 million followers.

On Twitter, she can be found with the username @GabbieHanna, where she has 2.4 million followers. Likewise, she is also available on Facebook and TikTok with the name, Gabbie Hanna.

You May Also Like: Actress / Youtuber Profile - Megan Batoon Biography

Is Gabbie Hanna Single or Dating? Her Personal Life Details

The American songwriter is currently single, with her two-year-long relationship with boyfriend Payton Saxon ending in June 2021.

Speaking more of the former couple’s relationship, Gabbie and Payton first began dating in 2019. They seemed very close to each other and their connection was strong. Payton was supportive of Gabbie’s works and usually shared her works through his social media handles. 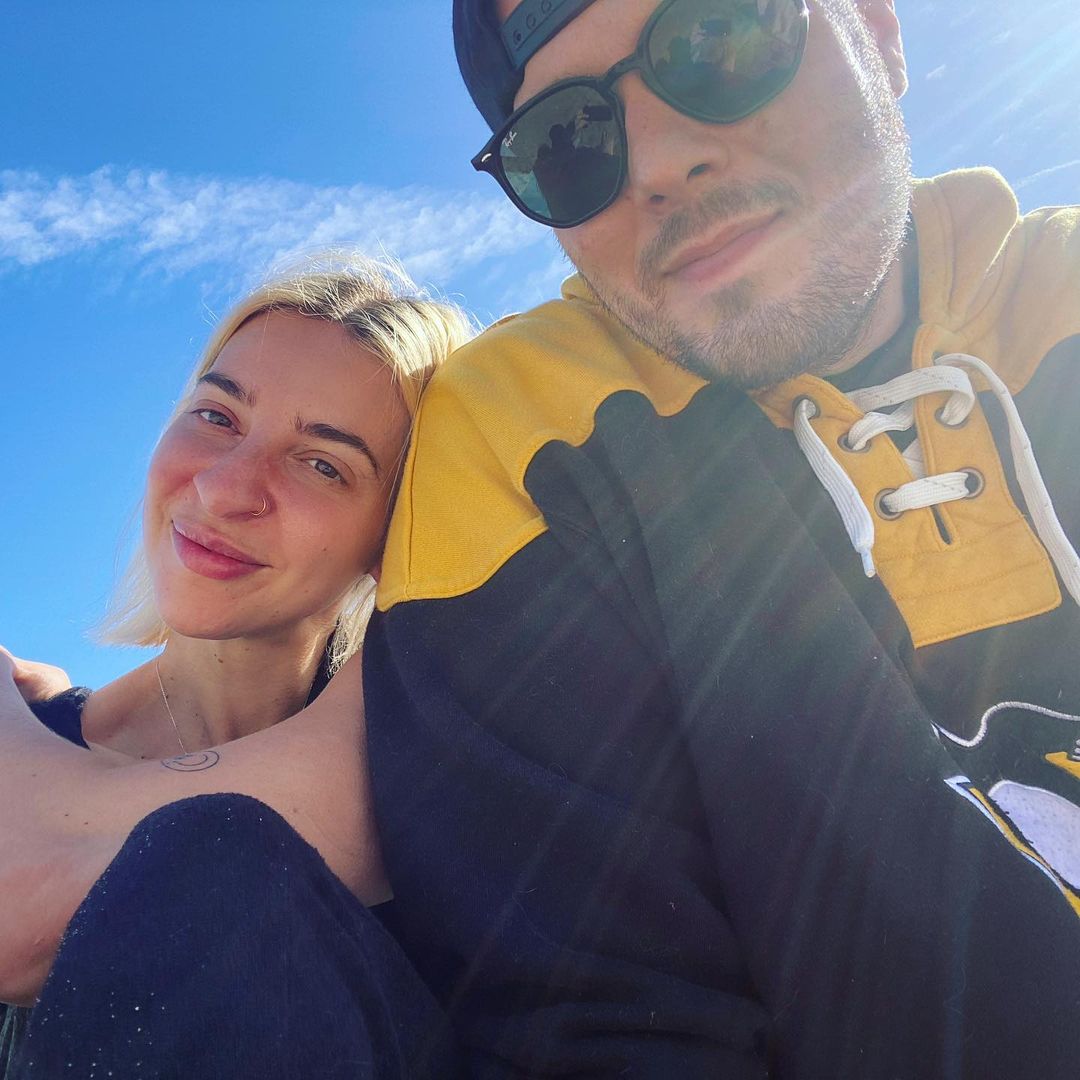 They used to go on vacations, celebrate each other’s birthdays, and more, and spent a lot of time alongside each other. Although the two seemed very much happy with their relationship, it wasn’t meant to last forever.

I'm single now. Honestly, it is a good thing. It was a very clean and loving breakup. I love the memories we had together.

Moreover, she also went on to give some more information on their relationship that brewed over the past two years. First, she referred to Payton as her “best f---king friend.” Then, she said that when they met two years ago, they were different people and they had different visions.

Continuing her statement, she said, “There comes a point in every relationship where you have to look at the full picture and decide, 'Are we going to be good partners moving forward for the rest of our lives?’”

Before being in a relationship with Payton, in 2018, she briefly dated Andrew Siwicki, best known for being the cameraman of Shane Dawson. Furthermore, she once mentioned that she was dating a man prior to that too. However, the name of the man is not disclosed.

Have A Look At: 'RHOP': Gizelle Byrant Splits with Ex-husband Jamal Byrant after Rekindling Their Relationship

A Brief Look Into Her Career Plus Net Worth

Gabbie Hanna started out as a creator who uploaded comedy content in a since-shut-down platform, Vine. She gained immense popularity through her content. While doing that, she had also started to share the same type of videos on her YouTube channel.

As time passed by, her popularity was rising. Additionally, she also began to appear in a few reality TV shows, dance competitions, and others. Besides, in 2015, she even became the winner of Dance Showdown. While she occasionally appeared on TV shows, Gabbie was also working for BuzzFeed. 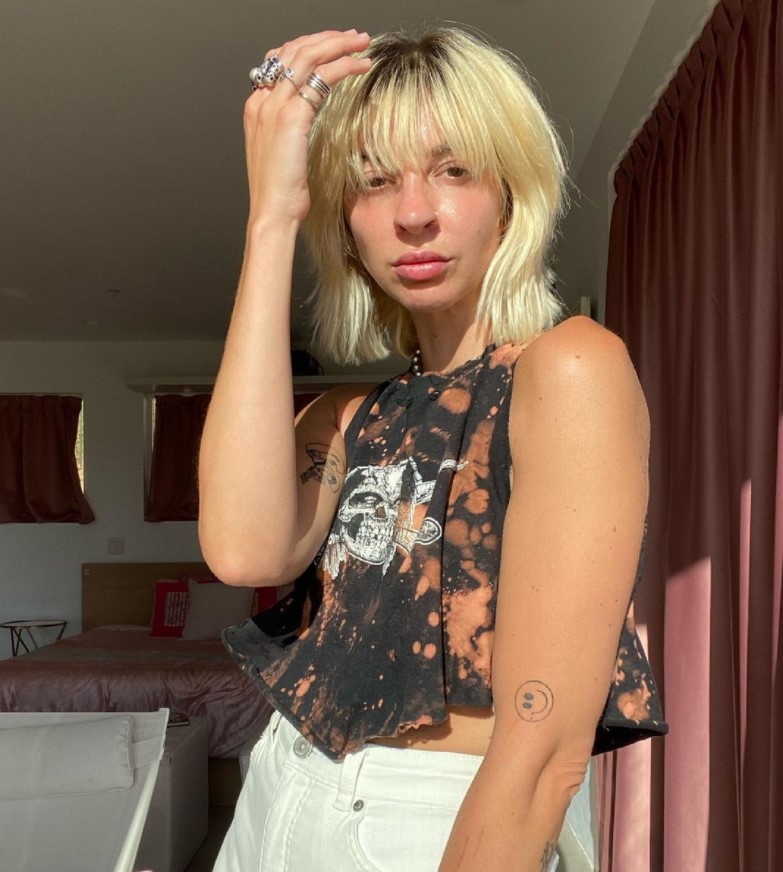 But, she eventually left her position there in order to focus more on her YouTube career. When Vine was shut down in January 2017, her sole focus shifted to her YouTube channel. In 2017, she went on to release a book of poetry titled Adultolescence. Around the same time, she also released her debut single titled Out Loud.

In mid-2017, she joined the cast member of the web series, Escape the Night. Her amazing rise to fame on YouTube led her to be nominated for the YouTuber of the Year award at the 10th Shorty Awards. Later in her career, she began to release more songs. On May 31, 2019, she finally released her debut EP titled 2WayMirror.

In addition, she also launched her own podcast named Burnout with Gabbie Hanna. In early 2020, she released her first single, Dandelion, from her second EP. On May 15, 2020, her second EP “Bad Karma” was released. Since then, her YouTube content has been focused on her podcasts, regular vlogs of her day-to-day life, and more.

Currently, she owns a total of four YouTube channels: The Gabbie Show, Gabbie Hanna, Burnout with Gabbie Hanna Podcast Highlights, Gabbie Hanna's Home Movies. All of these channels have gained a healthy amount of subscribers.

With such a well-established career, as a YouTuber, songwriter, podcaster, and so on, it must be sure that she has accumulated hefty net worth. Well, reports from Wealthy Gorilla suggest that Gabbie Hanna has an estimated net worth of $2 million.