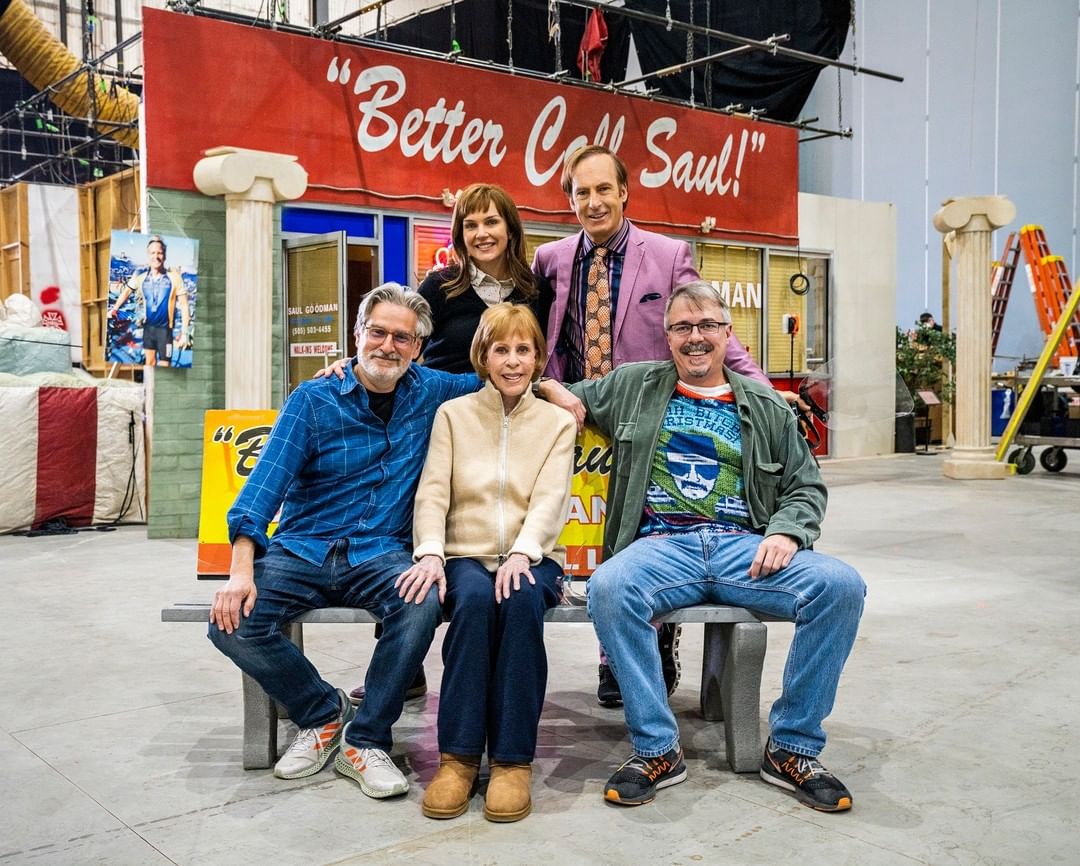 Better Call Saul is taking its final season down.

The Breaking Bad prequel’s finale was aired, but it was not the episode’s plot that made fans talk about it on social media.

The Better Call Saul series finale might be the last time fans might see Jimmy McGill and Kim Wexler.

The fans go gaga about the season finale and want to know more about the details of the show, its behind-the-scenes, and what it went to make the legendary series.

They also speculated that Better Call Saul was a love story.

Read more to see amazing revelations Seehorn, star Bob Odenkirk and executive producer Peter Gould spilled about making the finale of the series.  Also read: Why Did Mark Valley Split With His Ex-Wife? Insights Into His Daughter, Married Life & More

Jimmy and Kim reunited in the finale’s momentum, sharing a cigarette in a scene that showcased the first scene together in the pilot.

Odenkirk called the scene the easiest scene they ever had to shoot, adding that it was one of the few times that one of the members was not trying to manipulate the scene or the moment.

Jimmy and Kim in the scene were without artifice, without armor, and sort of mistakes to each other recalls the best part of their relationship is that the entire cast was able to be that for each other.

Gould, a writer, and a director of the finale said he had written several versions of the scene where there was a lot more said and a lot more catching up, but it just kept going leaner and leaner as he worked on it.

He further added saying there was not much for each other to talk about and simply come to a conclusion.

The writers were first working on the finale, and Gould revealed that they originally had Jimmy and Kim meeting in Albuquerque before he went to prison, and the last scene was him in prison, and thinking by himself.

Everyone liked the idea at first but Gould himself thought it would be too cold to end it that way.

Also, in the original version, Jimmy was fearful about what was going to happen to him in the prison and it was a lot about fear. They were thinking of a very different scene, mostly about a wistful connection.

Gould also admitted that he was on the bubble about the last scene in the prison yard with Jimmy shooting finger guns at Kim as she leaves.

He added that there was a version that did not have a such scene that ended with the two of them smoking, and how Gould went back ad forth with that idea of the scene.

Ultimately when he watched the scene, he was then convinced and felt more right and honest ending.

Also read: Valkyrae Streamer and Bella Poarch Break the Internet With Their Valentines Photoshoot! Is the YouTuber Dating Someone?

The Courtroom Scene Took an Extra Day of Shooting

Well, as described the climatic scene where Jimmy confesses his crimes in a courtroom monologue was very much difficult to shoot and Odenkirk recalls it was later scheduled for two days of shooting.

But indeed, they had to come back for the third day and reshoot the whole monologue. But Odenkirk was not satisfied with the version they had at first which contained more emotional scenes and a lot of crying to which Odenkirk felt skeptical about bursting emotions on screen.

He said that it felt wrong in the courtroom to do a crying scene and that it would be better to replace it with a more restrained presentation.

Gould agreed that it was indeed a very important scene so he went back and simplified the dialogues a little bit.

Well, this took an extra day of shooting the same scene but they ended up using both performances edited together to get the final version we see in the finale.

Viewers might have noticed that Gene’s black-and-white world occasionally splashes a color of it- which is more of an artistic flourish that dates back to the series premiere when Gene is shown watching old Saul Goodman commercials.  Then in the penultimate episode, when Gene catches Marion watching the same commercials, it showcases a callback and kind of him rubbing his face a little while he is seeing and imagining those same reflections.

In the finale, it is seen that Jimmy and Kim are smoking that cigarette together in prison, and the ember of the cigarette glows in the color too.

This is one bit of color in this world says, Gould.