Is Melissa Roxburgh Still Dating Boyfriend J.R. Ramirez? Look Into Her Past Relationships 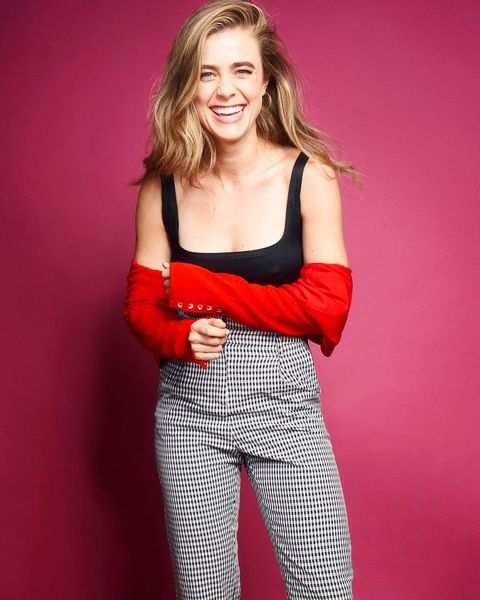 Roxburgh has also appeared as Ensign Syl in the 2016 Star Trek Beyond, Olivia Tanis in The Marine 4: Moving Target, and Michela Stone in the NBC/Netflix science fiction drama series Manifest. Many of her fans are speculating if she is in a relationship with J.R. Ramirez. So, keep reading to find out more.

Read more: Jack Harlow's Dating History! Does He Have a Girlfriend Now? All About His Ex-Girlfriends

Melissa Roxburgh is from the city of Vancouver in British Columbia, Canada. She was born o the 10th of December, in the year 1992. Roxburgh grew up in the same city where she was born and completed her schooling.

Melissa Roxburgh went to Simon Fraser University, where she pursued communications for her further studies. Talking about her siblings, she has three- a younger brother and two sisters. Her mother was a former tennis player and her father is a founder of the church in Vancouver.

Roxburgh started her career in acting and landed her first significant role in 2011. She has also appeared in various other popular films over the years of her acting career. The biggest movie was “Star Trek: Beyond” in the year 2016.

Roxburgh’s character in a film dated a character of J.R Ramirez in the beloved Netflix Drama Manifest. But it turns out that the duo not only dated each other on-screen but were also rumored to be dating off-screen.

Ramirez is a Cuban-American television and film actor. He is also best-known as he played the character of a detective. He played Detective Jared Vasquez in the NBC/ Netflix series Manifest.

Previously, he was a series regular on Starz’s Power as Julio and Netflix/Marvel Studios’ Jessica Jones as Oscar Arocho.

Neither Ramirez nor Roxburgh has ever addressed their relationship rumors as both the actors like to keep their personal and professional lives separate.

They were also seen together at many industry events and pastries including Harper’s Bazaar Icons party at New York Fashion Week last year. But still, then, they had nothing to say about their relationship. However, the two also posted pictures together on their Instagram accounts. They have attempted to keep their personal life very private but many speculate they are clearly in love.

They had been following each other on their social media accounts but as they split up they unfollowed each other. Later, reports were circulated that Ramirez was seeing a model named Miss Gia Marie.

But now, Roxburgh’s Instagram suggests that she has not seen any man now and is currently single. Altogether, she is now concentrating on her career in acting.

Read more: Is Cecilia Vega From ABC News Pregnant With Husband? More About Her Children

In 2017, Roxburgh was in a relationship with her x-boyfriend, Andrew Jenkins. He is of Canadian descent and also shares a similar profession as an actor and screenwriter.

The actress and Jenkins had their first meeting during the production of their first movie, Lost Solace. They had started dating and Roxurg posted a photo of her ex-boyfriend while on a vacation in Cabo.

The duo also shared pictures of themselves being together on their respective social media platforms. Although the duo didn’t confirm anything about their relationship wide open, their pictures together with a caption were too cute to not notice.

Fans went crazy when Roxburgh posted a picture of her partner in a towel that convinced everyone that they were together. However, their relationship did not last long and ended in an abrupt manner. But unfortunately, there are no clues further about the reason for their breakup but they kept it a secret.

As of 2022, Melissa Roxburgh’s net worth is estimated at $1 million, and she significantly earns her fortune through her various film roles and television series. She has also signed on to many other business ventures.